ENUGU— The Artisan football team in Enugu State yesterday, slugged it out with the Ogui Road team in a football tournament organized by Honorouble member representing Ezeagu constituency at the State House of Assembly.

Hon. Obieze who organized the event as an avenue for reaching out to young talents, especially youths from his neighbourhood, where he was born and brought up, hosted the State governor, Ifeanyi Ugwuanyi, lawmakers from the state House of Assembly, LGA Chairmen, Politicians and many residents of the state who stormed St. Michael’s Parish in Artisan in their numbers to witness the tournament.

The football loving Governor of Enugu State, Rt. Hon. Ifeanyi Ugwuanyi whose midas touch made Enugu Rangers win the Nigeria Professional football league after over 2 decades was on ground to cheer the players and and organisers of the tournament and expressed his happiness that the younger ones are being meaningfully engaged.

The winner of the tournament was determined through a penalty shootout as the game ended in a 2-2 draw after regulation and extra times.

The team from Ogui Road went ahead to win the tournament by scoring a total of goals in the shootout while their rival, the Artisan team managed to convert 2 balls from the spot.

Commenting on the exploits made by Hon. Obieze via the event, the Deputy Speaker of the State House of Assembly, Hon. Uche Ugwu, representing Udi North Constituency commended Hon. Obieze on his efforts in organizing the tournament as a means of empowering the youths.

According to Hon. Ugwu, “It’s a very good and encouraging one. I thank the organizers, and Hon. Chima Obieze, the sponsor for this initiative. It’s an encouragement on sports which is a very good thing to embark on now because it’s a way to engage the youths, keep them busy and I encourage them to continue.”

Hon. Ugwu who noted that he saw a lot of talents displayed during the tournament, said the players will go places if they should continue to improve on their skills.

Also speaking at the event, member representing Nkanu West Constituency at the State House, Hon. Iloabuchi Aniagu said, “the tournament is a laudable one and Hon. Obieze should be very much appreciated for putting this together because he grew up in this place.”

The state lawmaker urged the Rangers Football Club in the state to select talented young men from the team of players who played at the tournament.

“The tournament is quite impressing. It’s a thing of joy. Football is not only about money but the passion, the unity, the understanding, and the coming together, something that will bring people together. I think it’s a step in the right direction. The organizers did well, in fact, it’s a record of what we expect from the administration of Rt. Hon. Ifeanyi Ugwuanyi. I’m very happy it was organized in a peaceful atmosphere and the talents I see here should be tapped. If given the opportunity, these talents will do better than this,” the lawmaker noted.

Hon. Eneh Chinedu, Councillor representing Enugu North Ward 9 who was part of the organizers said the tournament was organized to make the youths happy and prepare some of them, who might play for the Super Eagles and other clubs, for the future.

Similarly, the Assistant Parish Priest Fr. Okpara Jacob Okonkwo of St. Michael’s Church, the venue of the event, described the tournament as a wonderful initiative to empower the youths even as he promised to continue supporting them both physically and spiritually.

He said, “I’m very excited in what I’m seeing here. It’s a wonderful development and we have hope that through these young men(players), we can equally get some wonderful players who can play for our country, Nigeria.

“This Church is supporting this tournament and as you can see, we started with opening prayer before they started the match. We’ve been supporting them and will continue to support them both physically and spiritually.”

Earlier during the programme, Hon. Obieze explained the reason the tournament was organized was to improve the welfare of the youths, especially as it concerns sports.

“We want to make them happy, make them begin to think positively and I also believed there are opportunities for some of them becoming something great from what we see here. Of course, Rangers FC have already invited two of the players who would be going for their interviews or test run in Rangers very soon. I’m confident that they’ll be picked. I feel very good for organizing this initiative,” he said.

Highlights of the event include the presentation of the cup to the winners of the tournament, Ogui Road team, the first and second runners-up, outstanding players in the tournament and cultural dance.

More pictures from the tournament; 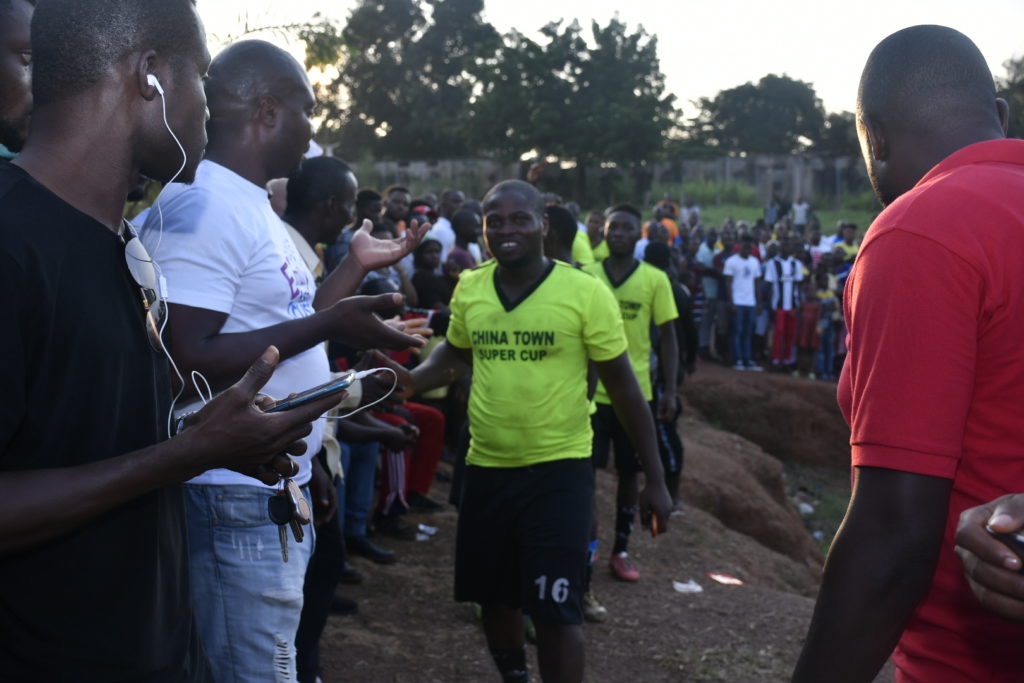 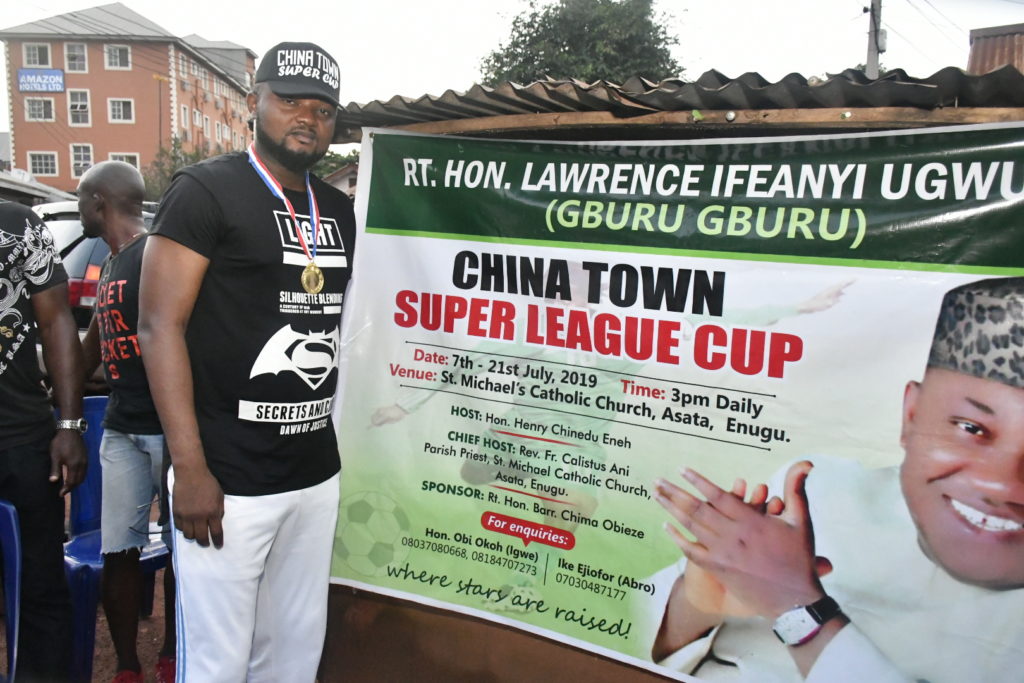