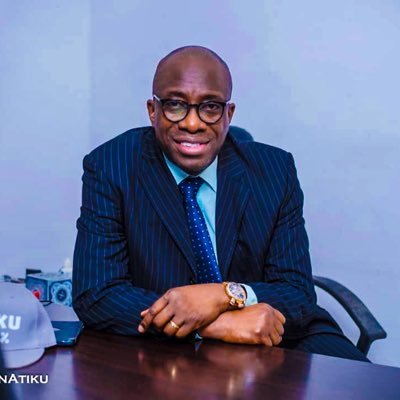 The arrest and subsequent arraignment of the Son-in-law to PDP’s presidential candidate in the last election by the Economic and Financial Crimes Commission, EFCC, has been described as “hypocrisy” by the spokesman of the Presidential candidate, Segun Showunmi.

In a terse statement, Mr said the action of the EFCC shows that the president has “endangered” the country thus “have no right to lead it for there is a protocol by which nations are managed.”

He went further to caution about karma for according to him “Karma teaches us that what goes round has a way of coming around.”

When you arrest and charge the son in-law of Atiku for handling $120,000 during an election season, meanwhile, you know what you spent on your election and how the money was sourced, then hypocrisy has no other name than yours.

It shows that, having endangered the country, you have no right to lead it, for there is a protocol by which nations are managed.

Are they saying that we must now accept the idea that family members of the highest ranking in our society must brace up for this type of treatment? Karma teaches us that what goes round has a way of coming around.

Nonetheless, I trust that Babalele, being a proper Muslim, will bear this burden with dignity.

Let us hope that bail is set at a reasonable level, while we mustn’t forget that greater damage is done by not being mindful of the consequences of hateful actions.