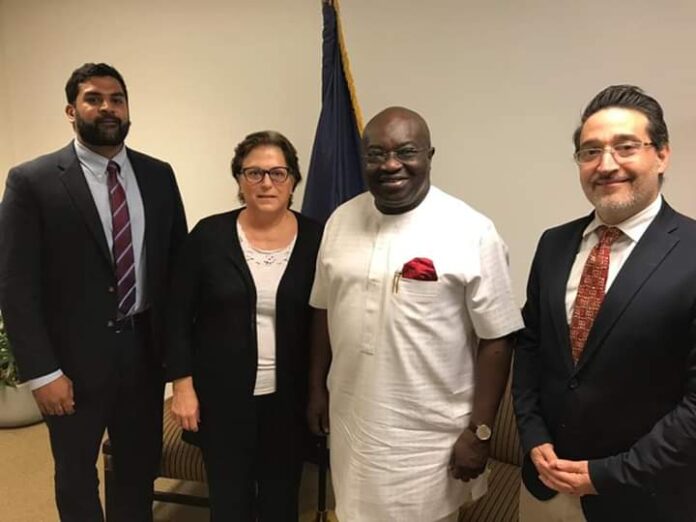 Governor Ikpeazu, while welcoming the new Consul-General to Nigeria, reminded her of ongoing conversations between the Abia State Government and the United States Missions in Nigeria on a wide range of issues of mutual interest.

It will be recalled that the United States Ambassador to Nigeria, Stuart Symington had visited Abia State last year while officials of the US Consulate had fruitful discussions with the Governor in his office recently.

Governor Ikpeazu used the opportunity to market the vision of the Enyimba Economic City to the new Consul-General while seeking improved partnerships in the area of Education, Agriculture, Healthcare delivery, Capacity building, SME support and strengthening governance structures.

Consul-General Pierangelo, while thanking the Governor for his kind gesture, assured the Governor that the United States Consulate in Lagos was committed to the relationship it had established with the Abia State Government and commended the Governor for the boldness of his vision in pursuing the Enyimba Economic City while noting that the challenges of tomorrow required big visions and foresight to overcome them.

READ ALSO  Five things to consider before buying a phone

The Consul-General was joined to receive the Governor by Osman Tat, Political/Economic Section Chief and Shashank Iyer, Political Officer in the Consulate.