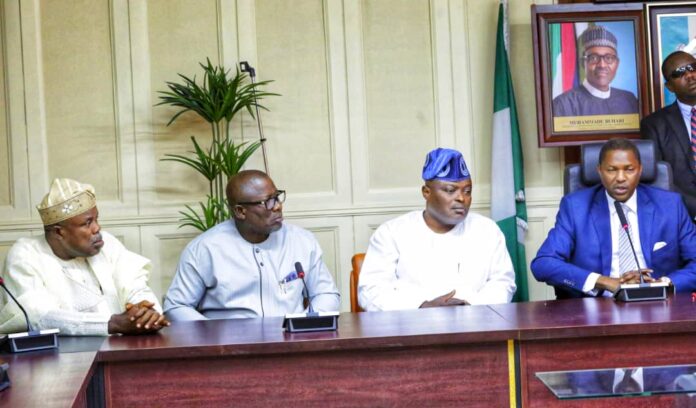 Speaker Mudashiru Obasa of the Lagos House of Assembly has described financial autonomy to state legislatures as one of the catalysts for good governance in Nigeria.

Obasa, who is the chairman of the Conference of Speakers of State Legislatures, said this at the induction of new speakers into the conference in Abuja on Wednesday.

The speaker, who earlier led a delegation to the Attorney-General of the Federation (AGF), Abubakar Malami, also tasked his colleagues in other states on ensuring that they fulfill their individual promises of serving the people.

Noting that as speakers, the weight of stabilizing their states through legislative practices rests on their shoulders, Obasa appealed to them to focus on people-oriented laws and motions that would serve a larger interest and ultimately help in the development of Nigeria.

“There is the need for all speakers of state legislatures to settle down and look at the nitty-gritty of our jobs, having in mind the progress of our dear country within the frame work of our legislative power,” Obasa said.

According to him, the time for celebrations over victories recorded at the 2019 general elections are over and legislators must now focus on governance.

The speaker also said the meeting was necessary for the new speakers to understand the workings of the conference, share same ideas and visions as well as get acquainted with its goals.

He further said the meeting would afford the speakers an opportunity to agree on a road-map to move state parliaments forward towards greater achievements in the next four years.

“Evidently, this sitting will be an inaugural one for the new speakers as well as an avenue to intimate you all with what we have been doing, particularly concerning the issue of financial autonomy for the state legislatures in Nigeria and its implementation.

“Let me remind us of the pending issues that are yet to be resolved like the constitutional amendment that was ongoing during the eighth Assembly in the Senate and House of Representatives as well as state police.

“We should all work together in the current Assembly to continue with the process of constitutional amendment, which is geared towards enhancing the well-being and improved standard of living of our people,” Obasa said just as he condemned the recent fresh attacks on Nigerians and other nationals in South Africa.