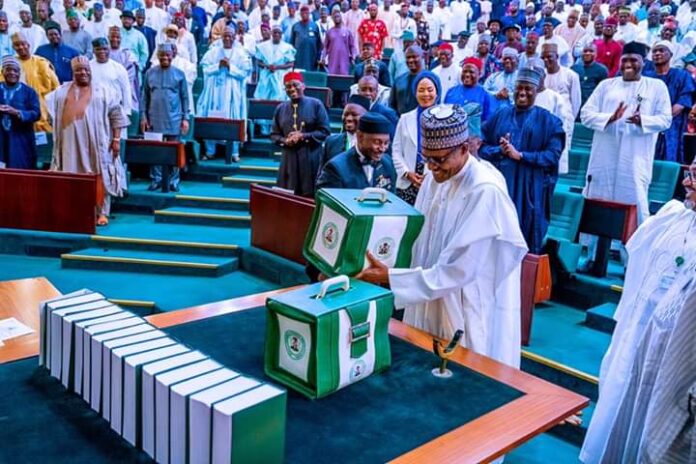 President Muhammadu Buhari on Tuesday presented the year 2020 budget proposal to a joint session of the National Assembly.

The budget, which is estimated at N10.33 trillion will have N2.45 trillion being spent on servicing loan.

The breakdown to Ministries, Departments and Agencies, MDAs according to the President are as follows;

The sum of N44.5 billion was allocated for the Basic Health Care Provision Fund (BHCPF);

N111.79 billion for the Universal Basic Education Commission (UBEC); and

N80.88 billion for the Niger Delta Development Commission (NDDC), which is now supervised by the Ministry of Niger Delta Affairs.

READ ALSO  Which Party Currently Leads In The National Assembly, Find Out Those Elected