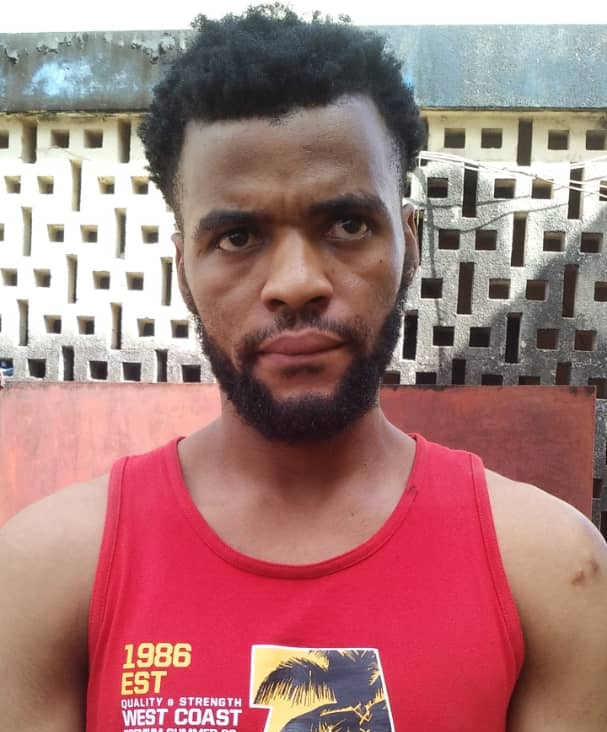 ENUGU— The Enugu State Police Command of the Nigeria Police Force has apprehended one Okeke Anthony for allegedly luring unsuspecting women to hotel rooms in Enugu, with the intention to rape and rob them of their valuables.

According to a statement from the Police Public Relations Officer, PPRO, SP Ebere Amaraizu, the suspect who was nabbed on Monday, following intelligence gathering, along Old Park axis of the state, “specializes in tricking unsuspecting victims, mostly females to hotel, raping and robbing them after stripping them naked and blindfolding them in hotel rooms.”

Amaraizu added that, “It was gathered that the suspect who gave his name as Okeke Anthony from Amachala Amenyi in Awka South Local Government Area of Anambra state alongside with his cohort has been on the wanted list of the operatives following intelligence information gathered in relation to their alleged nefarious activities ranging from tricking their victims to hotel mostly female folk and allegedly raping and robbing them after stripping them naked and blindfolding them.”

In a statement, the suspect who is now regretting his alleged nefarious activities said: “We usually get our female folk from amongst commercial sex workers and pretend to be going to lodge with them and while in the hotel, my second will emerge with sharp dagger from where he is hiding in the bathroom and we blindfold and strip them naked and rob them.

“We use to rob phones, force them to reveal their bank details and PIN number and at times rape too.”

He, however, regretted his acts which he blamed to ‘act of Satan’ and promised not to go back to the evil act if left off the hook.

Amaraizu stated the suspect “further disclosed that he is based in Awka but usually come in from Awka to hunt for victims.”

Meanwhile, the State Commissioner of Police, Ahmad Abdurrahaman has directed for a full scale investigation into the incident.