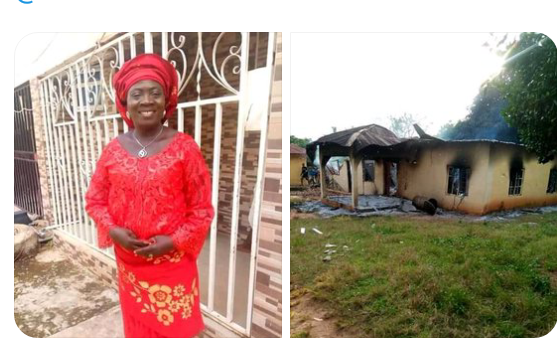 In a press statement signed by Kola Ologbondiyan, the party’s National Publicity Secretary; “the NWC maintains that there is no way the PDP will fold its hands and watch the mandates clearly given to its candidates, Engr. Musa Wada in Kogi state and Senator Douye Diri in Bayelsa state, left in the hands of repressive usurpers, manipulators and murderers.

“Indeed, the nation is still at shock over the brazen show of violence, where security forces coordinated the invasion of polling units, shooting and killing of voters and carting away of ballot boxes to government facilities where results were altered and fictitious figures given to INEC to declare the APC candidates as winners.

“Nigerians watched with horror as APC thugs and security forces traumatized and held voters hostage, murdered our compatriots, injured and maimed many more in violent attacks that involved the deployment of police helicopters.

Insisting that both the electoral body and the security agencies colluded with the ruling APC to unleash violence on the electorates and rig the election, Kola maintained that; “Our party has been made aware of the roles played by the Chairman of INEC, Prof. Mahmood Yakubu as well as the Inspector General of Police, Mohammed Adamu in the elections.

“While we urge these officials to do some introspections on the anguish they have caused the people since the rigging of the elections, the PDP NWC assures that it will never hesitate to expose such ignoble roles at the appropriate time.

“The irreversible fact remains that though evil may appear to thrive for a while, truth and justice will always prevail at the end.

READ ALSO  COVID-19: POCACOV Reaching Out To The Vulnerable Persons Through Its Stakeholders

“The APC and its candidates must bear in mind that what they could not get through the ballot box, they cannot get by violence, manipulation and killing.

“The PDP is therefore undeterred in the determination to use all legitimate means available and allowed within our democratic practice to confront the usurpers and retrieved our mandate in Kogi and Bayelsa states.

“The PDP will also file legitimate actions against identified INEC and security officials who aided the APC in the violent rigging of the election.

“The NWC therefore urges all members of the PDP as well as all Nigerians of good faith to remain strong, united and undeterred as the NWC commences lawful actions in the pursuit of our mandates.”

Reacting to the death of their party members during the election, Mr. Olagbondiya said; “Our party once again mourns our compatriots killed by the APC in this election, including our Woman Leader, Acheju Abuh, who was burnt to death by APC thugs at her home on Monday.

“While invoking the wrath of God on the perpetrators of the gruesome killings, the party calls on the Police to immediately track down and bring their killers to book.

“Indeed, their death will never be in vain as the mandates for which they were killed will surely be recovered.”