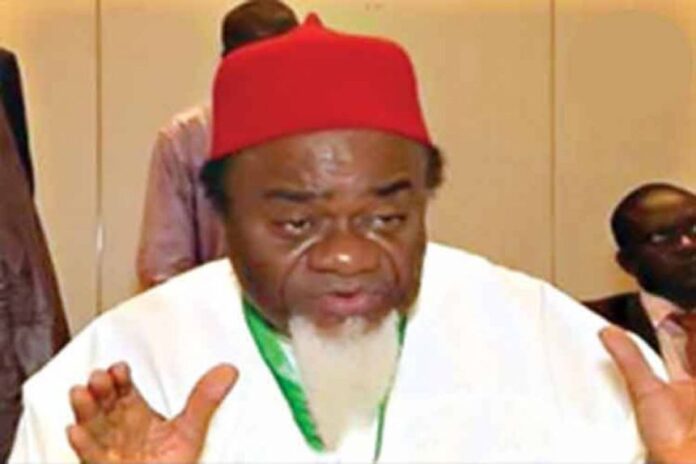 The Civil Liberties Organisation (CLO) has described the former Governor of New Anambra State, Dr Chukwuemeka Ezeife, as honest, transparent and a selfless leader both in politics and public life.

The Chairman of CLO Anambra State, Mr Vincent Ezekwueme, said this while speaking with newsmen in Enugu on Monday.

“As a civil servant, he exhibited impeccable integrity, as politician and governor he changed politics from transactional to transformational as avenue to render selfless services to the people.

“His think home philosophy and prudent management of public fund for public goods laid the foundation for socioeconomic developments of new Anambra State.

“It is no longer news and that as presidential adviser to former President Olusegun Obasanjo he told the president what he should know and do,’’ he said.

The CLO boss said that EzeIfe had been a man of social justice, he engraved his name in the hearts of people in 1993 when he insisted for reverse of annulment of June 12 Presidential Election won by Chief MKO Abiola.

“As Ezeife celebrates his birthday today the best and greatest birthday gift he expects from Nigerians is election of President of Nigeria from Igbo extraction which is not only his best wishes but his greatest heart desire.

“We wish him God tremendous grace, blessings, good health beyond his highest hopes and expectations,’’ he added.

Ezeife was elected governor of new Anambra State from January 1992 to November 1993 during the Third Republic.