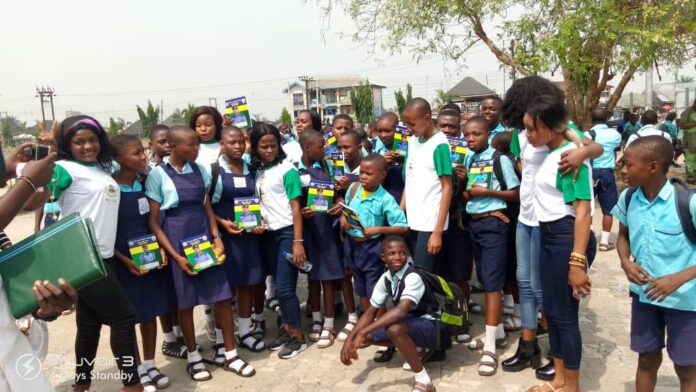 According to the national coordinator POCACOV, CSP Ebere Amaraizu, the intervention programme which was anchored by DSP Abdullahi Idi a POCACOV representative at Elele Rivers state, was targeted at school children within iguruta  Rivers state and its environs to sensitise the younger generation on the dangers  of cultism and other vices, as well as engaged different stakeholders and galvanizing their support to reduce the incidences and menace of cultism and other vices in their community.

CSP Amaraizu further maintained that POCACOV  will keep engaging different stakeholders in order to get it right of making our society safe and secured by saving our children and youth from the claws of  cultism and other vices.

Amaraizu also hinted that; “POCACOV school intervention programme will soon start as well as POCACOV football competion which is being worked out in conjunction with Match Makers Consult, organisers of Nigeria pitch award.

“No fewer than one thousand school children participated in the epoch making event and POCACOV shall be using various strategies and tactics in line with the tenets of community oriented policing to be engaging broad spectrum of different stakeholders  to ensure that consciousness and awareness are raised and galvanizing stakeholders support to reduce the menace and incidence of cultism and  other vices in the country,” Amaraizu concluded.

The  highlight of the occassion was the formal distribution of POCACOV exercise books to student and school children.