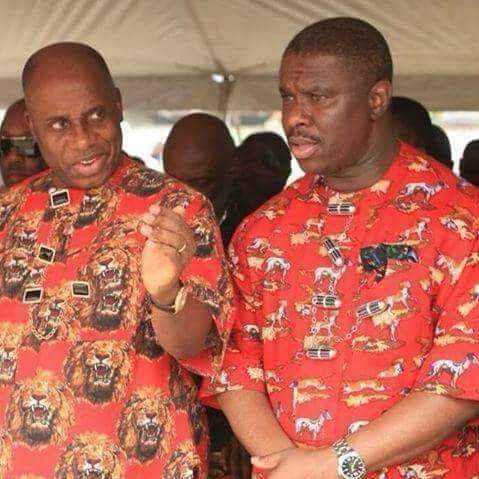 Last year, at the hit of El-Rufai tug war with Sen. Bola Tinubu immediately after the general elections, l wrote, ” For Tinubu to think that the Fulani man will make him president is to expect your master to invite you to sleep with his wife, because you served him well” The Fulani only let go of power when there’s a serious threat threatening the existence of Nigeria. Once they realize that if they don’t let go they will lose it all, they look for someone from the South that they think they can manipulate and hand him over, while remote controlling the fellow.

After feeling betrayed by Obasanjo in his second coming, not happy with the way he transfered most Naval, Custom and few other Federal agencies to the south were they were supposed to be anyway. Not at home with his picking Yaradua and Jonathan coming to power. The Fulanis has vowed not to handover power to any southerner again, at least, not so soon.

How does all these concern Amaechi?

When Amaechi’s name started springing up as a presidential candidate from Igbo extraction, and he didn’t make any bold attempt to deny having any interest in what’s supposed to be his democratic right. I started to laugh.

I laughed loud because l knew they will soon remind him that he’s just a favoured slave. These are the unseen forces who has been, from behind, destabilizing APC Rivers State, aiding and funding crisis in the party just to make sure that Amaechi doesn’t have any strong political base. That’s a story for another day anyway.

Now, they have finally stepped out boldly to send him a strong message, that’s if he will be wise enough to get it.

In one breath, they told him that he doesn’t belong. And, after being so much humiliated, he will have no alternative than to eat a humble pie and fall in line. If he refused, they will dig up the report of the Commission of Inquiry that Wike set up, which indicted him. That’s how they play their politics.

Amaechi was busy on AIT refuting the replacement of his man Friday, Peterside. Insisting that as the Minister of Transport and the agency being under him, he ought to be informed before such decision will be carried.

Now, outside almost handing over virtually all the security agencies to his Fulani and moslem people. With the current appointment all the maritime agencies- NPA, Shippers Council and now NIMASA-are now headed by one section of the country. Yet, some efulefus still don’t see a hidden agenda being carried out by our nepotic civilian dictator, Major General Mohammed Buhari.

As usual, his propagandist went to town flaunting Jamoh’s CV and why he’s super qualified for the post. All these just to bury the fact that another northerner has been dogged out from nowhere to replace a southerner. While his qualification is not in doubt, what they’re covering up are mainly his rapid promotion to EDFA from Assistant Director. This means jumping the Deputy Directorship and other officers that are by  far, more qualified and experienced than him. Then his rushed appointment as the DG means leaving out his seniors on the job and he will now start bossing over them.

The nepotism didn’t just stop there. It was taken into an entire new height because he’s Buhari’s in-law. He’s married to Zulaiha, Buhari’s niece and also the father-in-law to Buhari’s nephew and PA, Sabiu Tunde Yusuf.

Open link to see the seriousness of what happened. After reading the link, even a kindergarten will see that Amaechi was totally, completely and intentionally messed up.

In picking interest in the president, you have sinned against the people who believe that they’re born to rule.

But will he see the clear handwriting on the wall which he doesn’t need any Daniel to interpret?