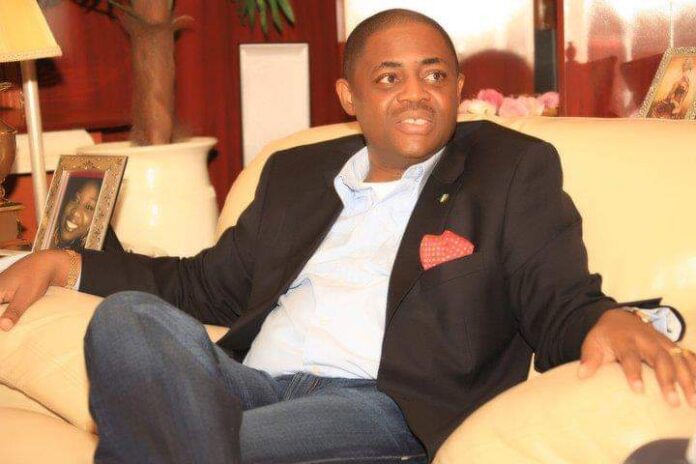 Former Aviation Minister, Femi Fani-Kayode popularly known as FFK has called for the prosecution of deposed Emir of Kano, Mohammad Sanusi over his role in the murder of one Gideon Akaluka.

 Recall, in December 1995, Gideon Akaluka, a young Igbo trader who was alleged to have desecrated the Koran, kept the ancient city in great tension.

Akaluka was arrested in December after his wife allegedly used pages of the Koran as toilet paper for her baby. After he was imprisoned by the police, a group of Muslims alleged to have been led by the former Emir broke into the jail, killed him, and walked around the city parading his severed head.

Reacting to the dethronement of Sanusi on his social media account, the PDP chieftain said: “Now that he that beheaded Gideon Akaluka has been deposed it is time to bring him to justice for murder.

“Akaluka was butchered by a Kano mob in the mid-1990’s for allegedly desecrating the Koran.

“The deposed one led that crowd, severed his head from his body and paraded it on a long pole.

“He was hidden from Abacha in a Sokoto prison for two years after committing this heinous crime whilst all his co-conspirators were summarily executed by the security forces.

“A prominent banker whose son has been convicted of Islamist terrorism in America intervened on his behalf, begged Abacha and consequently he was later set free and allowed to go down south and into banking.

“The full edition of this story will be told on another day,” he said