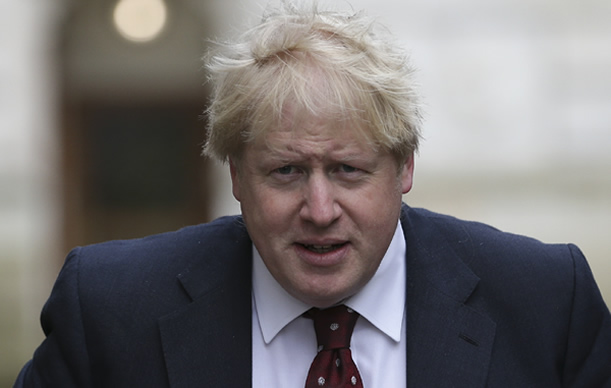 The Prime Minister of United Kingdom,  Boris Johnson was moved to intensive care as his coronavirus symptoms worsened over the course of hours Monday, according to a statement from the government.

“Since Sunday evening, the Prime Minister has been under the care of doctors at St Thomas’ Hospital, in London, after being admitted with persistent symptoms of coronavirus,” a spokesman for No. 10 Downing Street said in a statement.

“Over the course of this afternoon, the condition of the Prime Minister has worsened and, on the advice of his medical team, he has been moved to the Intensive Care Unit at the hospital,” the spokesman said.

“The PM has asked Foreign Secretary Dominic Raab, who is the First Secretary of State, to deputise for him where necessary.”

“The PM is receiving excellent care, and thanks all NHS staff for their hard work and dedication,” the spokesman added.

Johnson, 55, announced on March 27 that he had contracted the disease and was experiencing “mild symptoms,” including “a temperature and a persistent cough.”

Ten days later, Johnson wrote on Twitter that he had entered a hospital “for some routine tests as I’m still experiencing coronavirus symptoms.”

“I’m in good spirits and keeping in touch with my team, as we work together to fight this virus and keep everyone safe,” Johnson tweeted.

Johnson’s diagnosis made him the first major governmental leader known to have contracted the disease.

President Donald Trump, who said he has tested negative for COVID-19 twice, has offered words of support for Johnson during White House press briefings on the virus.