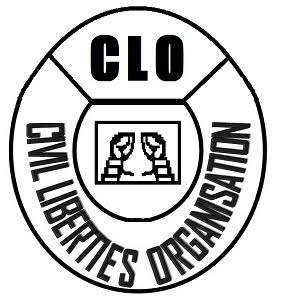 Over 300 Nigerians who travelled to China for business activities before the coronavirus pandemic shut down the World have cried out to the Civil Liberties Organisation (CLO) from China to help them appeal to President Muhammad Buhari to use his offices to send urgent diplomatic request to the Chinese Government urging it to allow them to return to Nigeria immediately.

Comrade Ibuchukwu Ohabuenyi Ezike,
the Executive Director of CLO said the organisation “received several distress phone communications to the CLO on Monday night, the Nigerians said that they have been disallowed to return back to Nigeria after they had completed their business activities in China, adding that they have been subjected to various inhuman and degrading treatments including repeated tests, being quarantined in hotels, denial of access to Nigerian foods and serial taking away of their colleagues from their hotel rooms to unknown places.”

READ ALSO  Shi'ites Reacts to the Court Ruling on Their Leader

The Nigerians trapped in China Comr. Ezike said “prayed the CLO to appeal to President Muhammad Buhari and the United Nations to come to their aid and save them from avoidable hardship and death.

“They said that the Nigerian Embassy in China had failed woefully to intervene in their interest. However, CLO findings indicate that other countries of the world are sending chartered flights to evacuate their nationals from China.

“The countries include but not limited to Canada which has evacuated 137 citizens and the United States of America which had evacuated 392 of their people in that country.

“Similarly, smaller African countries like Ghana, Bene Republic and Togo have sent aircrafts to take away their citizens from China to their respective countries.The stranded Nigerians complain that the worst scenario is that while other countries of the world have not closed their Borders against their returning citizens, Nigeria has blocked her borders against Nigerian returnees to their country.

“They said that they have been tested severally and their results prove that they were negative to the dreaded disease.”

“In view of the Foregoing, CLO appeals to the Nigerian Authorities to, as soon as practicable, take very emergency steps to.emsure that these Nigerians who are trapped in China and any other part of the world are peacefully evacuated from those countries to Nigeria.

“While we take sides with most of the preventive measures being taken by our government to secure our country and her citizens from contacting the disease, we frown at the act of locking out our citizens who are returning from other countries of the World. Rather, we request that these nationals be flown from China etc to Abuja or Lagos where necessary medical examinations would be made on them before they are allowed to mix with their families.”