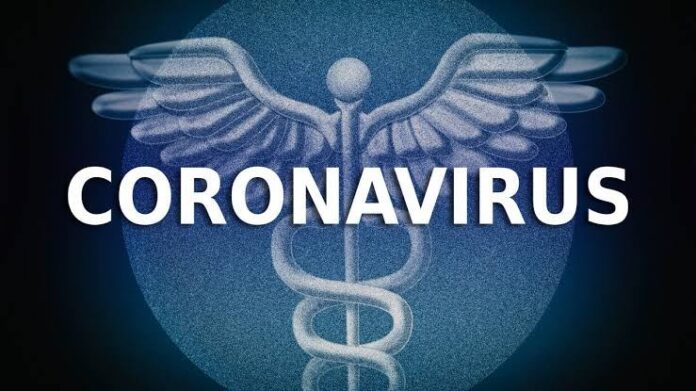 That coronavirus (COVID-19) which is currently ravaging the world has failed to abate, and is increasingly spreading like wildlife, is because many people have refused to abide by the rules. Human beings are very difficult to control because everybody wants to exercise his freedom. Nobody wants to be caged.

In Europe and the United States of America, indiscipline, arrogance and selfishness were mainly responsible for the high rate of coronavirus in their countries. Their people were so much concerned about their personal freedom and the economic growth of their country that they bluntly refused to abide by the simple rule of sitting at home and maintain social distancing.

They equally believed so much in the efficacy of their medical facilities and their medical personnel that they never thought that coronavirus would do them any harm, and hence, refused to comply with the lockdown order imposed on their places. They are now suffering the consequences of their disobedience.

In Africa, and in particular, in Nigeria, indiscipline, ignorance, superstition, and religious fanaticism, will lead many people to perdition in this era of coronavirus, if care is not taken.

At first, many of our people did not know anything about coronavirus and how to stay safe and prevent it from spreading, but when they got to know about it, they thought it to be mere fantasy, that the disease does not exist, or if it exists, that it has no power over the black man’s body!

Some of them also believed that coronavirus could be exorcised or banished by mere prayers, and that only those who do not believe in the efficacy of prayers, or who have no faith in God, would be infected with the pandemic.

Again, there is the usual Nigerian factor that everything could be circumvented, or that one would easily beat the system, provided he knows how to play ball.

Accordingly, when the government decided on sit at home order, or general lockdown, to prevent people from contracting or spreading coronavirus, many people refused to abide by the directive, and sought to beat the system, one way or the other.

Even though people were told to stay at home and isolate themselves to avoid contracting or spreading coronavirus, in some states, we still see many people walk in groups along the streets, people crowded in markets, some men drinking beer in public joints and beer parlours, some young boys playing football in the field or along the streets, some religious fanatics sneaking in and out of their churches and mosques, etc.

We did not see social distancing among majority of these people, but some law enforcement agencies would look the other way, or got compromised.

In the same vein, even when some state governments claim to have closed their boundaries to prevent people coming in and out to spread coronavirus, we still see many people cross these boundaries either on foot or on vehicles, after they had given some tips to security men manning these boundaries.

Just a few days ago, Anambra State Commissioner for Transport, Dr. Christian Madubuko, was reported to have intercepted a number of vehicles trying to cross the boundary between Anambra and Enugu States, going to some northern parts of the country. That was at about 11.20 pm.

These vehicles had earlier crossed the Onitsha head bridge from Asaba, in Delta State, before heading to Anambra/Enugu boundary where they were apprehended and taken to the police station, even though the boundary between Anambra and Delta was said to have been closed.

The commissioner was able to intercept the vehicles because there was a tipoff, otherwise such has been an ongoing business between motorists and security agencies at the various boundaries among the states.

When you try to confront these people who fragrantly violate government’s directive for people to sit at home at this period of emergency, some of them will simply tell you that coronavirus was not real, that it was a scam invented by those in authority to steal government money. Others will claim that coronavirus had not reached their area. While yet, some others will bluntly tell you that they were not going to stay at home and allow hunger to kill them, etc.

Some religious fanatics will on their part, tell you that they were not going to succumb to government’s intimidation to stop them from going to church or practising their religion, and that coronavirus can never affect them because of their faith in God.

As far as I know, I do not think that any government in Nigeria is out to deny any citizen of the right to practice his or her religion. The present directive to shut down places of religious worship is temporal, aimed at ensuring that people maintain social distancing because of the ravaging coronavirus pandemic, since it has been proved that the best way to prevent contracting the disease is by social distancing, which is difficult to maintain in crowded enclosures like churches and mosques. It was for that reason that schools and government offices were also closed.

We do not dispute the need to be prayerful or going to church or mosque to worship God, but it may be necessary to stress that the church or the mosque may not be the only place to pray to God. God is a spirit and is everywhere. Therefore, you can pray to Him anywhere.

Jesus Christ told his disciples that if they pursued them in one city, they should fled to another city. He did not ask them to stay put and confront the enemy, either to kill or be killed, because they were prayer warriors. They should run away from the enemy. That was how the gospel message was spread.

Coronavirus is an enemy. We should run away from it. In other words, if we were given a simple instruction on what to do to avoid contracting coronavirus, we should do it, rather than try to risk our lives in the hope that prayers will save us, thereby putting God to test.

While some libertarian theorists, J.S. Mill, in particular, firmly believes in individual liberty, he however contends that society could limit individual liberty to prevent harm to other people. If therefore people were asked to stay at home to prevent contracting or spreading coronavirus, the government is justified in taking any action to enforce strict compliance to such directive.

Now that President Muhammadu Buhari has announced a further extension of the sit at home order or lockdown for another two weeks, we expect both the government and the security agencies to brace up, rise to the challenge and ensure strict compliance of the order, so as to root out COVID-19 from our country, soonest.