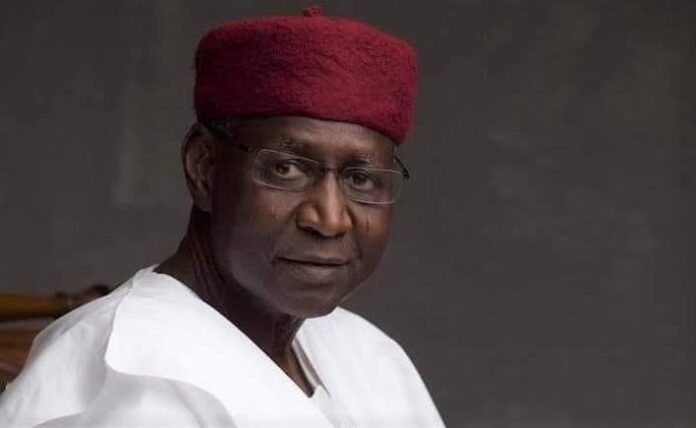 The governorship candidate of the All Progressives Congress, APC, in the last general elections in Enugu State, Sen. Ayogu Eze has sent a condolence message to President Muhammad Buhari, the government and people of Nigeria on the death of the Chief of Staff to the President, Malam Abba Kyari.

Sen. Eze described the late chief of staff as a patriot, whose commitment to the Nigerian project was clear for all to see, including risking his life on the mission to make Nigeria great by improving power supply in the country, an undertaking that regrettably led to his death.

Lamenting the impact the vacuum his unplanned departure would have on the governance of the country, Sen. Eze prayed God to imbue the president with the presence of mind to endure the loss of his friend and staff, and the sagacity to appoint a forward-looking, God-fearing and clear-headed Nigerian to take over from where the late chief of staff left off.

Sen. Eze said that the torrent of positive tributes from friends, associates and members of the diplomatic corps in Nigeria has shown that the late chief of staff was indeed an unsung hero, who carried on his duty without seeking accolades or laurels, adding that his gaze was on the singular effort to deliver the president’s transformation agenda for Nigeria.

Praising his humility and stoicism even with so much power at his disposal, Sen. Eze urged other public servants to embrace the philosophy of servant leadership, since what matters most in life is how one is perceived when the chips are down and one is no longer around to influence either the course of events or how one is perceived.

Condoling the governor, the government and people of Borno State and the immediate family of the late chief of staff, Sen. Eze asked God to give them the strength to cope with this great national tragedy, and prayed God to grant his soul eternal rest.