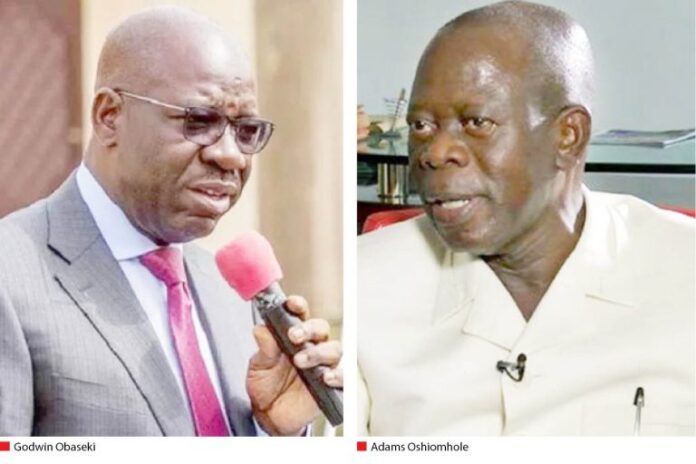 Some governors elected on the platform of the ruling APC are making frantic effort to save one of their own, the governor of Edo State, Godwin Obaseki who’s fighting for his political life.

The Governors stormed the National Secretariat of the party on Monday to hold a fence mending meeting with the National Chairman, Comrade Adams Oshiomhole.

The meeting is a follow-up to a similar meeting held with the National Leader of the party, Asiwaju Bola Ahmed Tinubu in Lagos on Sunday night.

The meeting is currently ongoing at the National Executive Committee Hall at the party National Secretariat in Abuja, with the National Chairman presiding.