The Police Campaign Against Cultism and other vices (POCACOV) has described as Barbaric and uncivilized, the alleged act of raping and killing of a female undergraduate of UNIBEN identified as one Vera Uwaila Omosuwa.

It was gathered that the Victim said to be about 23 years of age was allegedly attacked and wounded by yet to be identified criminal elements that raped and killed her while she was studying inside the church located at Amadasun Street, Ohovbe Ikpoba Hill, Benin City Edo state recently which brought about her death.

CSP Ebere Amaraizu, the National Coordinator of POCACOV described the act as “unacceptable and Barbaric.”

“This is Barbaric and uncivilized which does not speak well of our youths and doesn’t represent the true character of our youths.

“Our Youth Should be law abiding by shunning act capable of triggering illicit activities.”

On the efforts by the police to arrest the perpetrators the heinous crime, CSP Amaraizu called for calm as they will be brought to book.

“We thank God that Police Operatives have stepped into the unfortunate incident but we plead members of the public to rally round the police to ensure that those behind this dastardly act are unmasked and brought to book.

“On our Part as campaign Body of the Nigeria Police Force working with different Stakeholders, we shall continue to consult, Mobilize as well as different Stakeholders in line with the tenet of community oriented Policing with a view to ensuring that we continue to provide better alternatives to our youths by giving them a direction that will save them from the claws of cultism and other vices through our community based programme of safer school/community partnership in order to achieve safety and security in line with goal 11 (Sustainable Cities and Communities) and goal 16(Peace,Justice and Strong Institutions) of the Sustainable Development Goals(SDGs).”

POCACOV is an initiative of the Nigeria Police Force aimed at saving Nigerian Youths from Claws of Cultism and Other Vices through advocacy, awareness creation, sensitization, re-orientation and School and Community Outreaches amongst others and which represents a new approach by the Nigeria Police in Combating Cultism, sexual and gender based violence, substance abuse, associated violence and other vices through various stakeholders engagement Programme. 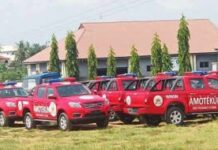 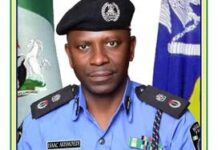