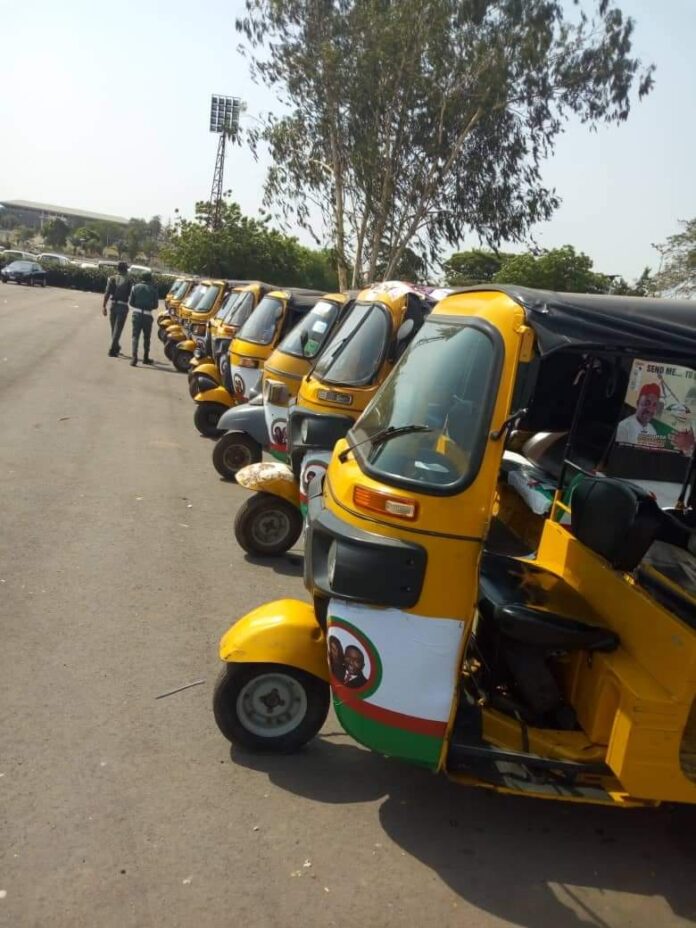 The Association of Tricycle Riders Transport Union (ATRTU) has called on the residents of the state to discountenance the rumour that the state government would soon ban commercial tricycle operation in the state.

The Chairman of ATRTU in Enugu State, Comr. Benjamin Ikah, told newsmen in Enugu on Monday that the viral rumour was the imagination of mischief-makers.

According to Ikah, Enugu State Government has no plan to ban commercial tricycle operators but rather was looking at ways to help enhance the tricycle business in the state.

He noted that mischief-makers usually lay claim that the reduction of the commercial tricycle operating time from 6 a.m. to 7 p.m. daily suggest that the state government was planning a gradual phasing out of the tricycle business.

The chairman noted that there assumption was wrong; since the removal of few hours to the operation hours of commercial tricycle operation was due to state’s COVID-19 containment measures.

“Please I want to inform the public that banning of tricycle operators, which will we call Keke Napep, is not in the agenda of Enugu State Government or the Governor of Enugu State, Rt. Hon. Chief Ifeanyi Ugwuanyi

“Our people-oriented governor, His Execellency, is trying to see ways to improve in their work and not to ban tricycle operators since it is well understood by all that there is no readily available employment.

“However, when we say there is no work; we should know that there is also some set of job or work available, which is this particular commercial tricycle business.

“A person daily engaged in commercial tricycle operation is already working and earning a living for himself and his family/dependents.

“It is a known truth that some of us, tricycle operators, earn more than some civil servant at the aggregate earns for a month.

“I urge our members and commercial tricycle operators to stop listening to rumour and do not sell your tricycle; even as you face your job squarely,’’ he said.

The chairman, however, assured that once the COVID-19 is effectively controlled in the state the normal operating hours of commercial tricycles operators would be fully restored.

“This is a firm assurance the ATRTU union had got from the state government,’’ he added.

Journalist101 is an online newspaper platform aimed at giving timely and correct information on national news, politics, metro, business, entertainment, sports, and opinions.
Contact us: [email protected]list101.com
© All rights reserved.
Do NOT follow this link or you will be banned from the site!