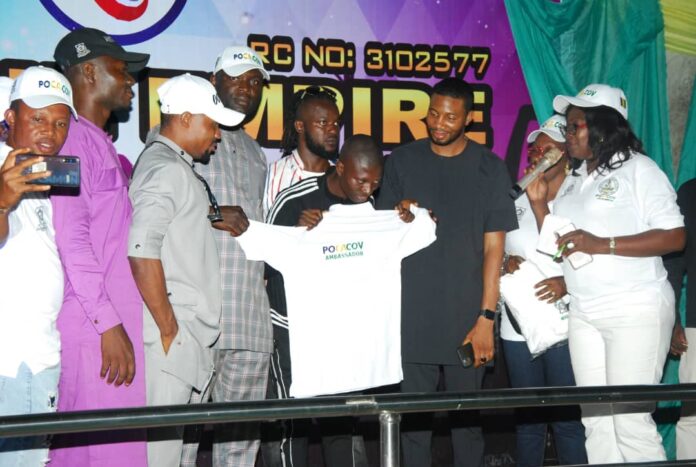 Entertainment/Comedy has been identified as a grass root campaign mechanism that can aid in the ongoing Police Campaign Against Cultism and Other Vices(POCACOV).

This was made known by the National Coordinator Police Campaign Against Cultism and Other Vices(POCACOV) CSP Ebere Amaraizu at the grand finale of POCACOV/CHEQUE EMPIRE ENTERTAINMENT held on 9th August, 2020 at QUINTESSENTIAL Hotel, Kwale, Delta state.

The occasion was used to pass the message of POCACOV in relation to cultism and other vices and the need for youths to shun them, discover their potentials with a view to becoming champions.

According to Amaraizu who was represented by a POCACOV Ambassador, Austyne Emuh and the president of the Anti Cult Volunteer Corps Delta state; “entertainment/comedy has a crucial role to play in the society.

“It is a veritable platform of passing the right information for the right attitude amongst our youths, change the narratives and adding values to our lives.

“POCACOV has partnered with Cheque Empire entertainment today in this drive to engage our youths positively and to enhance National Development. For the past two weeks, these upcoming stars drawn amongst our youths, have been undergoing audition and today, winners have emerged and will be rewarded courtesy of Cheque Empire Entertainment,” Emuh said

The Event was attended by both the special adviser to the Delta state Governor on special Duties, Barr. Omude, the Divisional Police Officer Kwale, some POCACOV Stakeholders amongst others.