The leadership of the Movement for the Actualization of the African Sovereign State of Biafra (MASSOB) roundly condemned the unwarranted and callous killings of IPOB members in Enugu on Sunday. It is the worst barbaric and primitive reactionary measure of a combine security agents of Nigeria against the perceived enemies of President Mohammadu Buhari’s kinsmen called the fulanis.

The loosed venom of pathological hatred by this present administration against Ndigbo and Christians in general on Sunday in Enugu further proved our earlier revealed conspiracious plot to backward the political emancipation of Ndigbo in Nigeria.

It is a well-known fact that all pro Biafra agitators including MASSOB, IPOB, EPC, BNYL, BIM, MOBIN etc are non-violence and armless groups. It is also on records that none of these groups have indulged in acts of terrorism, violence or killings. Why should the Nigerian Fulani led police embark on a deceitful mission of blackmailing the armless and non violence members of IPOB that they were engaged in firing spree with the agents of DSS that led to the combine team of Nigeria armed security forces to heavily descend on them in a war like on their meeting at Emene, Enugu on Sunday which resulted on the death of innocent and defenceless citizens of Biafra.

READ ALSO  MASSOB to Commemorate Her 21st Anniversary With a New Dimension.

What happened in Enugu on Sunday between IPOB and combined security forces of Nigeria was not a clash or a confrontation but a systematic plotted acts of terrorism, hatched and orchestrated by the presidency to inflict a demonized fear that will succumb and demoralize the surging rise, clamour and support for Biafra and Nigeria president of Igbo extraction. They fronted the DSS to provoke the armless members of IPOB to an assault but IPOB members declined to fall into their trap, but because it was a designed mission that must be accomplished, the DSS opened fire on defenceless citizens, the police, army and Air Force immediately joined them in the brutality of IPOB members and terrorizing the inhabitants of Enugu city.

MASSOB draws the attention of Igbo political leaders irrespective of their political party or affiliation that they are the main target of this latest assault. It is against the political emancipation of Ndigbo in Nigeria they seems to lead, it is about 2023 general election. It is all about wounding the morale of Igbo socio political leaders. It is about creating fears into the populace of Ndigbo towards 2023. Ndigbo must rise now in defence of our father land. An injustice to an Igbo person is injustices against all Igbos irrespective of political differences.

The presidency is using Pro Biafra agitators as their testing ground of wounding and inflicting injurious blow that will demoralize the chances of Igbo political emancipation in 2023. They knew that pro Biafra agitators are a heavy factors to be reckoned with in 2023 towards Igbo political emancipation. MASSOB reiterated our earlier resolved decision that no amount of treacherous and subtle clampdown, attacks, killings, arrest, mesmerization, prosecution by the way Nigeria state will deter us from the Biafra actualization and restoration struggle. 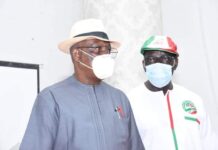 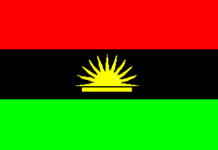 MASSOB to Commemorate Her 21st Anniversary With a New Dimension. 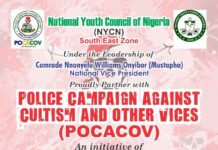