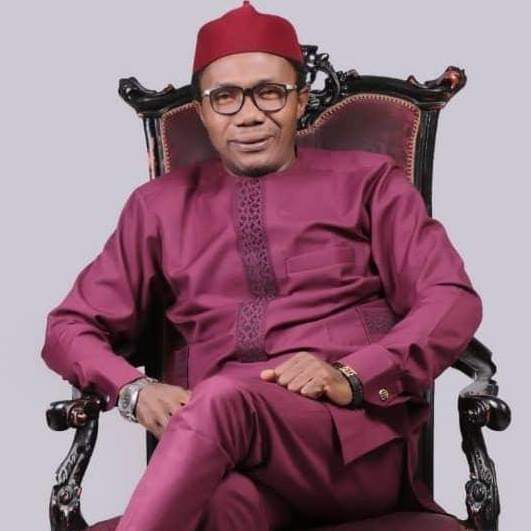 The two primary goals of every nation are peace and development, and a nation’s national security architecture is put in place to ensure peace so that development may happen. Security agencies are therefore not to exacerbate or widen the latitude for conflict and underdevelopment but to ensure peace at all costs.

Against this backdrop, of grave concern should be the black Sunday which days ago turned out to be, when the nation was greeted with the sad news of the deathly confrontation between the security forces and members of the Indigenous People of Biafra (IPOB). Pictures of dead bodies were shown in the announcing videos in the social media, confirming how deadly the encounter had been.

The DSS, the Police and the IPOB gave different accounts but what really happened is not too difficult to reconstruct using basic deductive reasoning. Some say IPOB members were gathered for prayers; some say they were practicing martial arts for self defence. No matter what, one thing is clear: they were in an enclosure (a school in Emene in Enugu) on their own when they were accosted by the DSS operatives and later, the Police.

The Nigeria Police Enugu Command later gave its own account, admitting that 4 persons died, including a passerby. IPOB said they lost 21 members. While the exact number of persons that died may be contentious, the fact remains that some people died and worse still, avoidably so.

Even before the Operation Python Dance Two was launched by the Nigerian Army on September 15, 2017, which drove Nnamdi Kanu and IPOB leadership underground, the group has suffered most unfair and brutal treatments in the hands on Nigerian security agencies. A chronicle of their killing of IPOB members from 2015:

The most notable incidents were the protests that took place in Onitsha on December 2, 2015 where about 11 people reportedly lost their lives, including 2 policemen and 9 IPOB members; and in Aba on February 9, 2016 where six members of the Indigenous People of Biafra (IPOB) were allegedly killed by Nigerian security forces and about 20 others arrested.

In addition to the killings, members of the Igbo ethnic group, who are at the forefront of the Biafra agitations, have been subjected to abuse, extortion, intimidation and harassment by Nigerian security operatives on the pretext to checking the activities of the pro-Biafra agitators. The South East general population suffers these harassments, not just the Biafra agitators alone.

The Nigerian military and Federal Government have strenuously denied engaging in any of these acts but abundant evidence point to the truth. On 24 November 2016, Amnesty International accused Nigerian security forces of killing at least 150 Biafra’s secession peaceful advocates. The rights group also said Nigerian military fired live ammunition, with little or no warning, to disperse members of the Indigenous People of Biafra (IPOB) group between August 2015 and August 2016. But the military and police dismissed the allegations and say it was aimed to tarnish the security forces reputation.

The May 30, 2016 Biafra Day Demonstrations – a series of protests that commemorate the 1967 declaration of the independence of the Biafran region from Nigeria – turned bloody in several cities across southeastern Nigeria as Nigerian security forces clashed with pro-Biafra groups. The local media, citing eye witness reports, claimed that 40 people were killed, while over 50 pro-Biafra members were arrested in the commercial city of Onitsha during the protests.

International Society for Civil Liberties and the Rule of Law (Intersociety) has accused the Special Anti-Robbery Squad (SARS) of the Anambra State Police Command for being responsible of the 35 corpses discovered in Ezu River, Amansea in Awka North local Government Area of the state on 19 January 2017. IPOB also claimed the dead bodies were their members.

Between 2016 and 2017 when Operation Python Dance II was launched, there had been skirmishes between the group and security agencies resulting in deaths and destruction. Now, this last Sunday encounter, which has left at least 4 persons dead, if we have to rely on the Police figure. It is as if the lives of the members of IPOB and Biafra agitators do not matter as most of these deaths are avoidable since the group is unarmed and generally peaceful.

Nigerians and the international community know that this is an unarmed group fighting exclusion from the scheme of things, which is a very legitimate quest. And as long as they remain unarmed and nonviolent, every other thing they do is part of democracy and asking for their rights and the rights of Ndigbo who have been excluded and relegated out of national affairs, especially in the security sector where no single Igbo sits in the Security Council of the country, is not out of place is a democratic society. Why then visit them with so much violence and deaths?

The point is that IPOB and Biafra agitation can be better handled. The avoidable loss of lives needs to stop, not just with attacks on IPOB but also with other unarmed groups around the country. Killings in Southern Kaduna constitute yet another example of avoidable carnage, which are getting international attention and painting the country in bad light.

The concern of every Nigerian who was repulsed by the deaths is why the DSS-IPOB encounter resulted into a violent confrontation? Most Nigerians are actually asking the right questions: is it the duty of the DSS to disperse the large gathering of IPOB said to number 500 or that of the Police?

The Enugu killings of IPOB members hold a signature of Police brutality and disproportionate use of force on unarmed civilians in Nigeria. The Police claimed that IPOB members were the aggressors and first opened fire on them. The onus of proof that the group was armed is still for the Police to prove since Nigerians and indeed the international community does not believe the group is using arms in their struggle.

All said, the ultimate fear is: will these killings and unnecessary provocations not force IPOB and other Biafra agitators to take up arms against the State? Boko Haram, Bandits and herdsmen are already armed to the teeth and killing thousands of Nigerians in their spheres of influence and expanding their scopes all over northern Nigeria.

Ultimately, the question is: does the country need to add another armed group, this time, in Southern Nigeria? Will the country not be worse off for it? Shouldn’t the security agencies treat Biafra agitation in a more civilized way to avoid forcing them into armed struggle? Must they be hounded and branded hoodlums and killed like common criminals for fighting for their legitimate rights and rights of their people? The world is unhappily watching how Nigeria treats her innocent citizens.