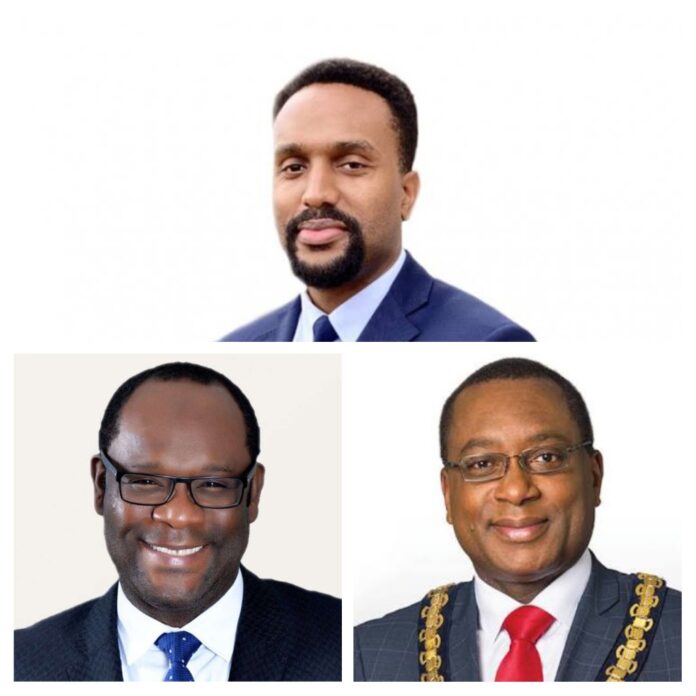 While the Igbos are being ignored, rejected, abused, and practically not having a place to perch in Nigeria, outside the shores of the country, the people are making waves, celebrated, and being entrusted with sensitive positions. This is in confirmation with what Jesus Christ said over two thousand years ago, that a prophet is not recognized in his own country.

In July this year, an Igbo man, Charles Egbu, a Professor of Management Sciences, was appointed Vice Chancellor of the Leeds Trinity University, London. Egbu is the first black man to hold that position in the university, which is among the 25 top universities in the United Kingdom.

Two weeks ago, another Igbo man, Kaycee (Kelechi) Madu, was appointed Minister of Justice and Solicitor General of the Alberta Province in Canada. The 47-year-old Kaycee who read law at the University of Lagos and graduated in 2001, relocated with his wife to Canada in 2005.

In 2019, Kaycee was elected to the Legislative Assembly of Alberta Province, representing the district of Edmonton-South West. A member of the United Conservative Party of Canada, he was on April 30, 2019, appointed Minister of Municipal Affairs for the Executive Council of Alberta.

In a tweet acknowledging his new appointment, Kaycee wrote: “Thank you, everyone, for all the well wishes. I am beyond humbled to accept my new role as Minister of Justice and Solicitor General – where I will pursue fairness, equality, and justice for all with every ounce of strength I have”.

In the same vein, another Igbo man, Obinna Ukwuani, two days ago, was appointed Chief Digital Officer by the Bank of Kigali, Rwanda. A former Paystack executive, Obinna will lead the Bank’s Digital Factory Division for product innovation and development in Digital Banking.

Obinna has a degree in Economics from the Massachusetts Institute of Technology, USA, and has worked in software, agriculture processing, and education sectors. He grew up in Washington DC, graduating with honours in high school that earned him a place at MIT.

Obinna returned to Nigeria to develop Nigeria’s digital skills industry, and in October 2011, launched Exposure Robotics Academy – one of Nigeria’s first high-profile STEM education programmes in Lagos. Within three years, the academy coached up to 113 students from 17 states across Nigeria and Ghana on how to code and build robotics.

In January 2018, Obinna partnered with the Bank of Kigali to launch Makers Robotics Academy Rwanda, the first-ever robotics Bootcamp in the country. The programme hosted 40 Rwandan high school students on an intensive three-week course facilitated by MIT students.

READ ALSO  I was sacked by Buhari for refusing to implicate Saraki, Ekweremadu,FFK- Uwajeh

There may be several other Igbo men, across the globe, holding or occupying strategic or sensitive positions in government, in commerce and industry. These are people who no worth of human individuals, who go beyond emotions, sentiments, racial, ethnic or religious considerations in whatever decisions they may make. They take people for who they are, their worth, what they are able to do, and not as a result of the colour of their skin, the language they speak, or the faith they profess.

Many Nigerians know the capability or worth of the average Igbo, what they can do, or able to achieve, but due to ethnic and religious interests, fear, envy, jealousy, complex, etc., they will not entrust them with any sensitive position in the country. That is why Nigeria is not making progress, or even retrogressing, one step forward, two steps backward.

The Igbo are free thinkers, universal in thought and action. They have no boundary, no enemy, no prejudice. They see everybody as one, and take every place, wherever they settle or given accommodation, as a home, and throw themselves, body and soul, to work for the development of the area.

If Nigeria should accept the Igbo, take them as their own, without bias, without discrimination, give them free hands to develop their talents, their ingenuity and enterprising spirit, the people will bring out the best in themselves, which will make Nigeria great. That is what many other countries of the world have been exploiting.