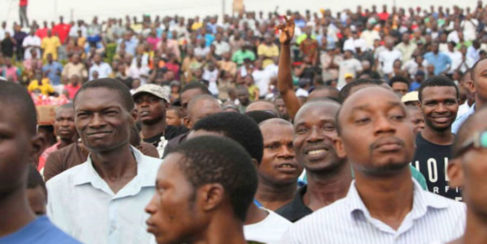 The angst against the increase in the pump price of petrol continued yesterday, with pro-labour civil society organizations, on the aegis of Joint Action Front, JAF, faulting the Federal Government’s claims of having spent N10.413 trillion on subsidy in the past 13 years.

JAF contended that the present  government had in 2016, told Nigerians that subsidy had been removed after jerking up the pump price of petrol from N86.50 to N145 per litre.

Corroborating JAF, the Trade Union Congress, TUC, said the ruling party had during its campaign in 2015, said fuel should not sell for more than N34 per litre, wondering why the Federal Government is now hiding under the umbrella of subsidy to inflict more pains on Nigerians.

Secretary of JAF, Abiodun Aremu, in a chat with Vanguard, challenged government to publicly disclose what accrued as revenue from the sale of crude oil from May 11, 2016, to August 2020.

He said: “This regime, like previous regimes since 1999, is an agent of international capital. The regime by its pronouncement that over N10 trillion was spent on fuel subsidy must be exposed for its lies and atrocities.

“First, on May 11, 2016, the Buhari regime in its defence of fuel price hike from N86.50 to N145 per litre of petrol, claimed that it had removed subsidy from all petroleum products — kerosene, diesel and petrol.

“Following the protest organised by the Nigeria Labour Congress, NLC and JAF against the fuel price hike from May 18 to May 20, 2016, which the regime massively repressed, it sponsored a decisive conference of Civil Society Organizations, CSOs, at Lagos Airport Hotel, Ikeja on May 23, 2016.

“The premeditated conference which was aimed at scuttling the mass resistance, assured that total removal of subsidy would be of immense benefits to Nigeria and Nigerians. The government told us that the gains and differential between N86.50 and N145 would be saved for the provision of social welfare services to Nigerians and repairs of the nation’s refineries.

“The government equally promised that the fund would be jointly managed by its committee and CSOs. If we may ask, if the regime has  removed subsidy since May 11, 2016 till August 2020,  how come it is now floating a non-existent figure of subsidy expenditures in trillions of Naira?

“Rather than being hoodwinked by this regime, we should ask the regime to declare the total amount of unpaid subsidies of the differential between N86.50 and N145 saved from May 11, 2016 to August 2020, which we strongly believe must have been looted.

“The regime should publicly disclose what accrued as revenue from the sales of crude oil from May 11, 2016 to August 2020.

‘’What is the total budget approved for the regime from 2016 to 2020 to claim that it has spent such overblown figures on subsidy The government should explain to Nigerians why enough should be enough of this deception.

‘’We should no longer go on with this unjust system of exploitative rule. The regime was not elected by Nigerians on the basis of private looters but for public interest. Nigerians must be prepared for a long drawn struggle to end the unjust rule of exploitation and dehumanization. ‘’Enough should be enough of IMF and World Bank puppet regime impositions of sufferings and hardships on Nigerians. We must dare to struggle in order to dare to win.”

Also in its reaction yesterday, the Trade Union Congress, TUC, described the issue of subsidy as the height of deceit by the federal government

TUC President, Quadri Olaleye, said: “The Congress is surprised because in the build-up to 2015 general elections, Nigerians were told that there was nothing like subsidy. We were further told that fuel should not cost more than N34.50 per litre.

“It was one of their cardinal campaign promises that the refineries would be fixed. These and many more were promised us, hence, Nigerians went out en masse to vote for this government. This is the height of deceit.

“If the truth should be told, we are disappointed because the N10.413 trillion government claimed to have been spent on subsidy is enough to fix the refineries and even build several modular refineries.

“Why is the government destroying alleged ‘illegal refineries’ in the Niger Delta when they have no alternatives? Do the people using the locally refined fuel complain that their engines are having problems?

“China will do the opposite by encouraging the local refiners. It does not make sense that for decades we export crude and cash crops only to import finished products. No country develops that way. Check out history if you will find any.

“We must begin to add value to our products, and the N10.413 trillion subsidy claims, though we doubt the figure, is enough to turn around any economy. We are not happy. Nigerians feel sad about this.”