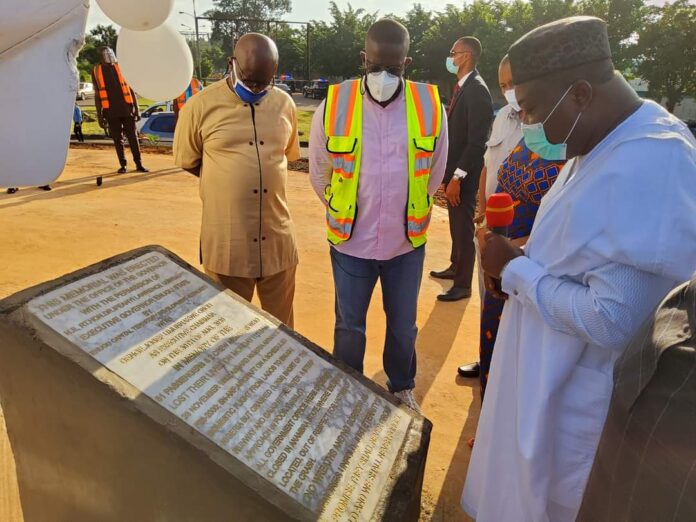 It was Monday morning, November 28, 1983. The harmattan season was on the air, and the Christmas breeze had also started to blow. As usual, a lot of people were in the upswing mood, moving up and down, looking forward to the great celebration.

In Enugu Coal City, that day, many residents had gone out for their normal daily businesses. Nobody was expecting, or suspecting anything untoward. Then, came a news flash on radio: “a Nigerian Airways plane on a scheduled domestic flight from Lagos to Enugu has crashed at Emene Airport” (an outskirts of Enugu Metropolis), as it was preparing to land.

Everybody was alarmed, shocked. Those who could make it, hurriedly rushed to the scene of the incident. Behold, there was the ill-fated plane, and scores of its passengers, inside what looked like an unquenchable fire, burning ceaselessly, in a cassava farm. Some frantic efforts were made to salvage the situation, to put off the inferno, all to no avail. At the end of the day, 53 people were counted dead, while the plane itself was reduced to mere rubbles. It was a black day in Enugu.

The plane, a Forker-28-2000 aircraft was carrying 61 passengers, but crashed about 3.2 kilometers, short of the airport’s runway, and caught fire immediately, after a steep approach, due to poor visibility. Fifty-one, out of the 61 passengers on board the aircraft, and two crew members, were despatched to the world beyond. It was a horrific sight, a sorrowful event, very painful, and most regrettable.

Among some notable individuals who lost their lives in that tragic incident, was Josephine, daughter of the then Governor of old Anambra State, Chief Christian Onoh. She was said to be on humanitarian mission, trying to help some little children trapped inside the aircraft, but did not make it.

READ ALSO  Police Campaign Against Cultism, POCACOV, Quite On Time

There was also Uche Offiah-Nwali, flamboyant former Anambra State Commissioner for Social Welfare, who then was a serving member of the House of Representatives. She equally perished along with her five children.

News about the plane crash sent shock waves across the length and breadth of the country, and threw many people into mourning. In the former Anambra State, which Enugu was then part of, government offices were ordered closed in honour of the victims of the crash.

The then Nigerian Vice President, Dr. Alex Ekwueme, in a special radio broadcast, described the crash as one of the worst air disasters in the history of Nigeria. He said that an inquiry would be instituted to investigate the cause of the accident.

Minister of Aviation, John Nnia Nwodo Jnr., flew into Enugu, to undertake a first-hand assessment of the situation, while Transport Minister, Umaru Dikko, also visited. Later, wreaths were laid at the grave side of the mass burial of the victims by some Nigerian dignatries. That was where everything ended, no more, no less.

As typical with the Nigerian system, the people were soon to forget everything about the Emene crash. In other words, after the noises, the hullabaloos about the crash, nobody mentioned, or remembered the tragic incident any more, not the least, those who lost their lives and few of its survivors.

Everything died down, completely forgotten, so to speak. The scene of the crash, which incidentally was the grave of the mass burial of the victims, returned to its former usage, a cassava farm.

READ ALSO  [Opinion]: IS THIS WHY THEY CALL HIM "GBURUGBURU?" By Ikechukwu Enyiagu

Now, almost 37 years after that tragic incident that happened at Emene, Enugu State Governor, Ifeanyi Ugwuanyi, remembered it, resurrected it, and brought it back to life, so as to honour the victims. He thought it wise that such horrific event of November 28, 1983, which brought sorrow, not only to Enugu people, but to Nigeria, and the world as a whole, should not be forgotten, obliterated, or buried in history.

Thus, shortly after the reopening/inauguration of the rehabilitated runway of the Akanu Ibiam International Airport, Enugu, on Sunday, August 31, 2020, Governor Ugwuanyi led dignatries that attended the event, to unveil a newly reconstructed and beautified airport roundabout with a monumental aircraft statue in memory of the 51 passengers and two crew men who lost their lives in the Emene air crash.

The Governor also unveiled a plaque where the names of all the victims of the air disaster were clearly engraved. What a commendable effort by a man with a deep sense of history!

With the unveiling of that monument in remembrance of the Emene air crash victims of November 28, 1983, the Governor has done well in reconstructing the history of Enugu. The history of any nation, or any society, is made up of both the good and the bad, the pleasant and the despicable. You cannot leave out any of them. Without these, the history of such a society will not be complete.

Following on the heels of this monument constructed for the Emene air crash victims, however, is also the need to build a memorial arcade for the 21 coal miners who were brutally killed at Iva Valley, Enugu, on November 18, 1949, by the British colonial police, for merely demanding a marginal increase in their salary.

The Iva Valley massacre was a tonic that ignited the fire of revolution for the country’s independence. It brought together nationalist politicians from all tribes and all creeds, who formed a united front against the evils of colonialism, with Enugu as the centre of the struggle.

It was the Iva Valley massacre that quickened the departure of British colonialists from Nigeria, as Nigerian nationalists began to stoke fire on them and to demand for immediate independence of the country.

It is therefore necessary that the people who played such a significant role in the history of a nation should be appropriately honoured.