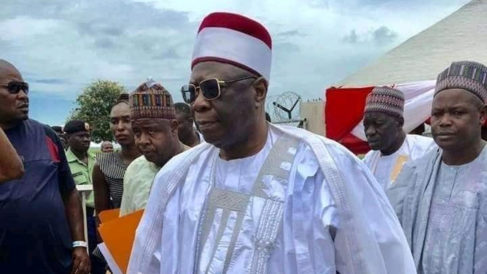 The Borno Government has confirmed the death of the Emir of Biu, Mai-Umar Mustafa-Aliyu, who passed on in the early hours of Tuesday.

The Commissioner for Home Affairs, Information and Culture, Alhaji Babakura Abba-Jato, confirmed the death in a statement in Maiduguri.

“The late Emir was appointed in June 1989. He died this morning at the age of 80. He will be laid to rest in Biu at 2pm today according to palace sources. May his soul rest in perfect peace, Ameen,” he said.

He thereafter proceeded to Hausari Primary School in Maiduguri between 1953 and 1955.

READ ALSO  ONE-ON-ONE WITH PRINCE OF MBURUBU AS HE BARES IT ALL AHEAD OF 2019 ELECTION.