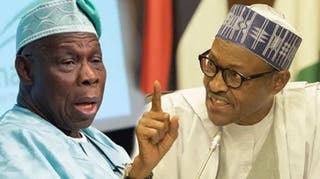 A group of elder statesmen in Nigeria has expressed concern on the response of the Presidency to their meeting with ex-President Olusegun Obasanjo, saying they “have no regrets or apologies to offer for making ourselves available to dialogue.”

Obasanjo had, during a book launch attended by socio-political groups, said Nigeria had become a failed state Buhari.

The statesmen under the aegis of Nigerian Elders and Leaders said while they were not mouthpieces of Obasanjo, it was regrettable that their responsible and constructive effort to douse tensions, build bridges and restore hope Nigeria would “attract the type of childish vitriol from the Presidency.”

The statement read, “To say that the Presidency chose to react in the manner it did to a responsible and credible initiative by our groups and a former President, is, to put it politely, deeply disappointing and worrying. Our groups are not mouthpieces of President Obasanjo, and we will leave it to him to choose how he responds to the lamentable response of President Buhari to his initiative.

“For us, it is sufficient to say that we have no regrets or apologies to offer for making ourselves available to dialogue with each other, exchange ideas, and re-commit ourselves to pulling our nation from the brink of precipice of no return.

“The communiqué released at the end of our meeting, which we are confident is only the first of many, is a loud testimony to our levels of responsibility and maturity. We have received countless commendations from many responsible Nigerians for supporting and participating in this initiative to make our country a democratic and united entity

“We are even more worried at this stage that a responsible and constructive effort to douse tensions, build bridges and restore hope in the potentials for the survival of our country as democratic and united entity will attract the type of childish vitriol from the Presidency, including labelling us as terrorists.

“Clearly, our current leaders are living in very deep denial if they do not recognize that our current situation represents an existential danger to the nation.” 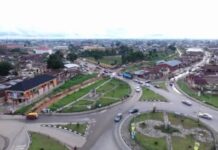