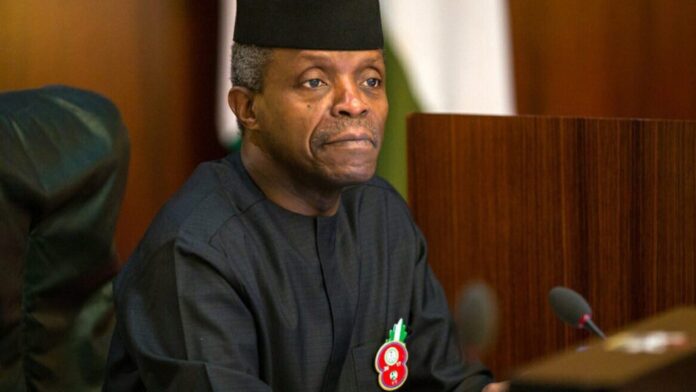 Vice President, Professor Yemi Osinbajo (SAN), on Tuesday, September 15, will be participating in an Extraordinary Summit of the Economic Community of West African States (ECOWAS) in Accra, Ghana.

Laolu Akande, the senior special assistant on media and publicity to the vice president, who disclosed this in a statement he issued said the meeting will form part of several efforts by leaders in the sub-region to resolve the political situation in Mali.

According to The Nation, the minister of state for foreign affairs, Amb. Zubairu Dada, will be accompanying the vice president.

On the sidelines of the summit, Osinbajo is expected to meet with Nigerian representatives of the community in Ghana to discuss issues bothering on their wellbeing in the West African country.

The vice president at the end of his engagements in Ghana is expected to return to Abuja.

It would be recalled that President Muhammadu Buhari traveled to Niamey, Niger Republic on Monday, September 7, to participate in the 57th Ordinary Session of the ECOWAS Authority of Heads of State and Government.

Malam Garba Shehu had disclosed that the one-day summit would deliberate on the Special Report on COVID-19 to be presented by President Buhari. Recall that Buhari was appointed the ECOWAS Champion on the Fight against COVID-19 during the Extraordinary Virtual Summit of ECOWAS on April 23.

Meanwhile, Ibrahim Boubacar Keita, the ousted president of Mali, said he is no longer interested in getting back to power following a bloodless mutiny that brought an abrupt end to his administration.

The revelation was made by former President Goodluck Jonathan, who briefed President Buhari during a visit to the State House on Wednesday, August 26.

Keita was forced out of the presidency as the political imbroglio that polarised Mali hit the climax on Tuesday, August 18.

Prime Minister Boubou Cisse and President Keita were arrested by some mutinying soldiers before they were later taken to a key base in Kati, a town close to Bamako.

In other news, President Buhari gave the military junta in Mali a period of not more than one year to return the nation to a democratic government.

During a virtual meeting attended by heads of states of ECOWAS, the Nigerian leader said that the coup plotters should also release all other government officials in detention without condition.

He made it clear that this will be best for the West African nation as it cannot stand alone following the sanction on it from the sub-regional organisation.