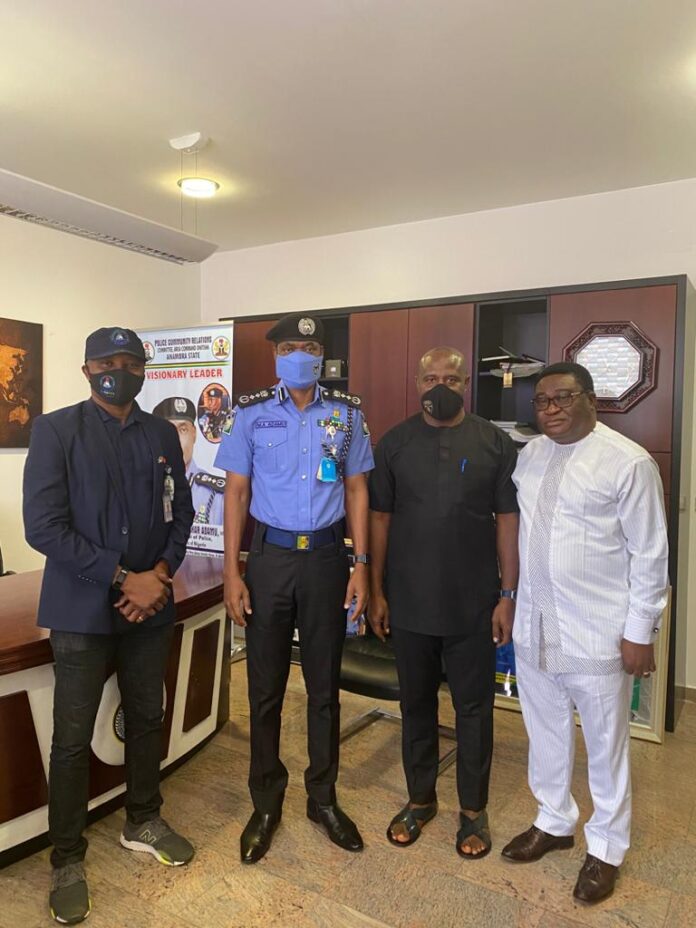 The Inspector General of Police, IGP, Mohammed Abubakar Adamu has commended the National Coordinator of the Police Campaign Against Cultism and Other Vices(POCACOV), CSP Ebere Amaraizu as well as stakeholders, ambassadors and volunteer clubs in the ongoing campaign against cultism and other vices in the country.

He made the commendation yesterday in Abuja after receiving a report on the activities of POCACOV within the period under review during his meeting with CSP Amaraizu, the media consultant to the IGP and POCACOV stakeholders, Shina Philips, Chief Mike Nwadiora and CSP Nonye on deepening of the initiative through grassroot campaign mechanism of motion pictures, banners, posters, billboards to appeal to the mind and consciousness of the people, especially the youths on the dangers of cultism, sexual and gender-based violence, substance/drug abuse, thuggery/violence and other vices.

The meeting also provided an opportunity for the sealing of partnership with ESMIC International Limited, a global trendsetter in the advertising and public relations industry to support the works of POCACOV and consolidate its towering achievements.

According to IGP Adamu, “POCACOV is achieving on its mandate as a new approach by the Nigeria Police Force combating cultism and other vices through community-oriented policing approaches and which requires working with different stakeholders.

“I commend the national coordinator, stakeholders and volunteer clubs as well as ambassadors of POCACOV for the achievement so far,” pointing out that the IGP Adamu POCACOV Resource Centre Enugu has within the period under review contributed immensely to POCACOV activities.

“We need to keep sustaining the tempo and to ensure that Nigerian children and youths are saved from the claws of cultism and other vices and thereby making our society safe and secured,” he added.

Highlights of the meeting was the sealing of campaign partnership with Esmic international limited as a sole partner for advertisements in the Nigeria Police Campaign Against Cultism and Other Vices(POCACOV) and to help POCACOV achieve its goal of using the most advertising strategies and mediums (spectacular billboards, print and electronic media, the internet and social media campaigns, etc) in combating cultism and other vices.