Enugu State Commissioner for Culture and Tourism, Mr Ugonna Ibe, says that the state government is rebranding all its tourist sites in order to expand its Internally Generated Revenue (IGR).

Ibe said this on Monday in Enugu after he led over 600 local tourists and adventurers to the Ezeagu Tourist Complex – which comprises waterfalls, caves and hot/cold water natural springs.

The visit of the Ezeagu Tourist Complex was part of the ministry’s line-up of activities to celebrate the World Tourism Day; after the first ever “Tourism Road Show’’ held in Enugu on Saturday.

The commissioner noted that the state was looking beyond the dwindling oil revenue but focussing on natural endowments, which tourism is number among them.

According to him, the state has breathtaking and natural attractive tourist sites scattered in most communities and the government has been giving attention to opening up access roads in the rural areas.

“The government is opened to and looking at direct concession or Private-Public Partnership (PPP) arrangements with national or international investors on development of these tourist sites,’’ he said.

“The Obinofia, Akpugoeze and Awa mangrove-tropical forests infested with Bezier wild lives and the Odoro Achi hot lake to mention but a few. These eco-beauties are what nature presents to us that desire harnessing.

“We have the historic relics of Okpogho Oghe/Legga Nsukka iron smelting and the Ugwu-Uto Pyramid of Nsude among others; and these relics and landmarks have been tested through carbon dating and found that they dated over 3,000 years ago,’’ he said.

Speaking, Mrs Chioma Ibe, Zonal Coordinator of Nigeria Tourism Development Corporation (NTDC), said there was a need for Nigerians to patronise their God-given tourists sites, which are more natural and historic than artificial tourist sites found outside the country.

The NTDC coordinator urged parents to create time to take their children and younger ones to tourist sites, where they would learn more about nature and their historical background.

“I must laud Gov Ifeanyi Ugwuanyi for believing and investing in rural access roads and other amenities that would further open-up the tourism potentials of the state and make the sector viable,’’ she said.

Contributing, General Manager of Enugu State Tourism Board, Chief Steve Odo, said that the board was rebranding itself as well as marketing all tourist sites to make them attractive for both the national and international investment.

Odo said that it had been proven that a well harnessed tourism economy can catapult Enugu State to an enviable position in terms of revenue generation and facilitate rural development of the state.

“We are hopeful that, with the support of our Tourism Ambassador, Rt. Hon. Ifeanyi Ugwuanyi, and the collaboration of various stakeholders; Enugu State is surely the tourism destination, not only in Nigeria but the African continent,’’ he said.

The facilitator of the World Tourism Day celebration, Mr Uche Ugwu, noted that the celebration was a huge success and rekindled the excitement tourism brings especially in the minds of residents of the state.

Ugwu, who is also the Founder of i-Tour Africa, said, “the security, logistics, cultural displays, masquerades and local cuisine at Ezeagu Tourism Complex was so superb. I bet that tourists to the complex will have a testimony to share and want a repeat visit’’.

A tourist, Mr Kelvin Obioma, said that the natural cold spring and groove of the complex provided a relaxing and healing effect on him after the stress and noise of the metropolis.

Another tourist, Miss Joy Anioke, said that the experience was wonderful as the complex provided an avenue for her to interact with nature, adding; “Definitely in the near future, I will be making a return trip to the complex’’.

The World Tourism Day, which is celebrated yearly on Sept. 27, has this year’s theme as “Tourism and Rural Development’’.

It is a day set-aside by the World Tourism Organisation to raise awareness on issues of tourism and its potential socio-economic, health and diplomatic benefits. 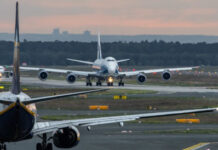 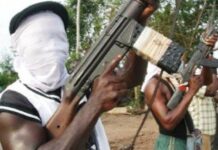 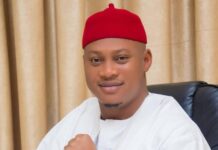 The Man Victor Nnam: A Square Peg In A Square Hole Perfectly Driving Ugwuanyi’s Administration As Hon. Commissioner For Lands