Amaraizu noted that the programme was customized and tailored to unite the youths from various neighbourhood, engage and give strategic leadership direction.

He stated this yesterday shortly after a virtual meeting with the President and Chief Executive officer of the Matchmakers Consult International Shina Philips with other football stakeholders and intermediaries which was coordinated from the IGP Mohammed Abubakar Adamu POCACOV Resource Centre Enugu.

According to the POCACOV National Coordinator, “POCACOV/GOFEC Coal City Neighbourhood football league Season 1 also known as (OGBE BALL) which is being done in partnership with Gofec Movies limited and Enugu state Ministry of Youth and Sports Development and proudly endorsed by the Nigeria Nationwide League one(NLO), the custodian of grassroot football in Nigeria/cradle of Nigeria football as well as the Enugu state Football Association, is a way of galvanizing stakeholders support to make deliberate efforts towards uniting the youths from various neigbourhood through sporting events like football and expose them to a platform that will bring about their easy engagement with local, national and International football clubsides and by that offer strategic leadership direction to the youths.”

He further added that “POCACOV which is a Nigeria Police Force community driven programme under IGP Mohammed Abubakar Adamu is galvanizing stakeholders support and also using community oriented approaches to help provide alternatives to Nigerian children and youths thus improving the community peace building of our various neighbourhood and their relationship with their Police Force.”

The event which is slated to commence on Saturday the 14th day of November, 2020 at the Ngwo Park Pitch off Ziks Avenue will witness many neigbourhood football league matches up to quarter finals while the semi final and final matches will be played at the mainbowl of Nnamdi Azikiwe Stadium Enugu with final match to be played 7pm under a flood light with adequate media coverage accompanied with displays by some actors, comedians, artiste amongst others.

In his contribution, the President and Chief Executive officer of Matchmakers Consult International and the Owner of Nigeria Pitch Awards, Shina Philips commended the Nigeria Police Force and the Inspector General of Police, IGP Mohammed Abubakar Adamu for coming up with POCACOV initiative which is to apart from saving Nigerian children and youths from the claws of cultism and other vices, but equally to provide a leadership direction, engagement for them through stakeholders support and pointing out that “this has a strong indication that the Inspector General of Police IGP Mohammed Abubakar Adamu meant well for Nigerian children and youths even before he came on board as the police chief.”

He urged government, non-governmental organizations, faith-based organizations, community based group, Ministries, Department and Agencies (MDAs) to “identify with this laudable initiative of the Nigeria Police Force which is community driven.” 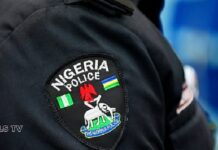