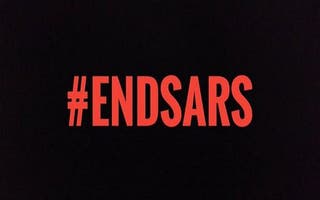 Some weeks ago, there was a revolt, an uprising in Nigeria. Every place was in turmoil, boiling. Police stations were set on fire, and some policemen killed or wounded. Prison yards were broken open, and some prisoners escaped. Private and public properties were destroyed or looted, and a number of lives lost, etc.

For close to two weeks, the country was on the edge. There was near anarchy. There was chaos. There was confusion. There was uncertainty. There was tension. Many people were on the run, afraid that some people could be after their lives. Nobody was sure of what would happen the next moment. It was traumatizing.

Earlier, some Nigerian youths had taken to the social media to mobilize themselves and in order to protest against what they perceived were the many injustices in society. With the code name: #EndSARS, they trooped to the streets, demanding the scrapping of a particular unit of the Nigeria Police Force called the Special Anti-Robbery Squad (SARS), due to their alleged high-handedness and human rights abuses. They equally kicked against arbitrarily increases in the pump price of petrol and tariff on electricity by the federal government.

Even when the government acceeded to their demand by dismantling SARS and renaming it SWAT (Special Weapon and Tactics Team), the youths were still adamant. They stuck to their guns, and refused to budge, to back down. They pressed for more reforms, for complete overhaul or restructure of the country’s political arrangement.

READ ALSO  The role of INEC in party primaries by Dr. Amadi

The #EndSARS protesters were orderly and peaceful in the pursuit of their goal. They were not violent, and did not disturb any public peace, only that those in government were afraid that their positions were being threatened, and that their ills were being exposed. They therefore thought of how to disorganize the group, how to give dog a bad name in order to hang it.

When they could not succeed in appeasing or enticing the protesters, they decided to sponsor some hoodlums and miscreants to infiltrate the group, so they would cause mayhem in society. The #EndSARS protests were therefore hijacked by these hoodlums, who began to loot and to destroy private and public properties, and to make life unbearable for the people, and the country almost ungovernable.

That was when the government came out in their true colours. Having succeeded in causing confusion among the protesters through their infiltrators, they decided to use sledgehammer to kill a fly, by inviting armed military men to descend on the people. The military wasted no time in opening fire on the defenceless and unarmed protesters, killing and injuring many people in the process. That was how the war ended, the government being the conqueror; the youths and ordinary Nigerians, the conquered!

With the “crushing” of the rebellion, the quashing of the “coup d’etat”, the government proceeded to bare its fangs on the conquered, the youths, and the rest of other Nigerians, to punish them for their roles in the #EndSARS protests, in the failed coup.

First, the promoters of the #EndSARS protests were proclaimed “terrorists”, and began to be harassed and to be harangued. Their international passports were seized, and their bank accounts frozen on the orders of the Central Bank of Nigeria (CBN), even before there was any court order to that effect.

As if these were not enough, the government used a front, a surrogate, to drag the promoters of #EndSARS protests to court, who accused them of being responsible for the looting and destruction of properties during the protests.

Specifically, one Kenechukwu Okeke, in a criminal suit filed before a Chief Magistrate’s court in Abuja, accused about 50 #EndSARS promoters of responsibility for the killings, looting and destruction of properties during the #EndSARS protests.

In the case which he instituted pursuant to sections 88, 109(a), 110(1)(c) of the Administration of Criminal Justice Act, 2015, Kenechukwu Okeke listed about 50 prominent Nigerians, mostly entertainers and social media influencers, as the defendants, alleging that during the riot, his properties were destroyed and that the defendants who promoted the #EndSARS protests, must be brought to justice.

He further alleged that the defendants played active roles in the #EndSARS protests, which later became violent, and that the nation “bled, lost lives, and properties worth billions destroyed as a result of the sheer recklessness of some persons”.

Furthermore, in the principle of collective guilt, the government through their actions, pronounced Nigerian masses culpable or guilty, by directly or indirectly giving support to the #EndSARS protests. Accordingly, they must to punished by further increasing the pump price of petrol and tariff on electricity.

Not only that, by next year, 2021, Nigerians may be paying additional 2.5 percent as Value Added Tax (VAT) on every item bought, this is according to the 2021 Budget proposal now before the National Assembly. This means that from next year, we will be paying 10 percent VAT, instead of 7.5 percent, we presently pay.

In other words, as conquered people, Nigerians are now at the mercy of the conquerors, their own government. The government will be dealing with the people as it deems fit, knowing full well that there would be nobody to stand for them. The Nigeria Labour Congress (NLC) is in slumber, the social activists or the #EndSARS promoters are criminalized, their international passports seized, and their bank accounts frozen.

No doubt, we will be bracing up for more punishments.

THE DOCTRINE OF CONTINUITY IN GOVERNANCE: Governor Ifeanyi Ugwuanyi’s Standard 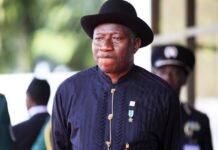 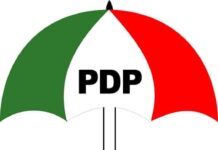