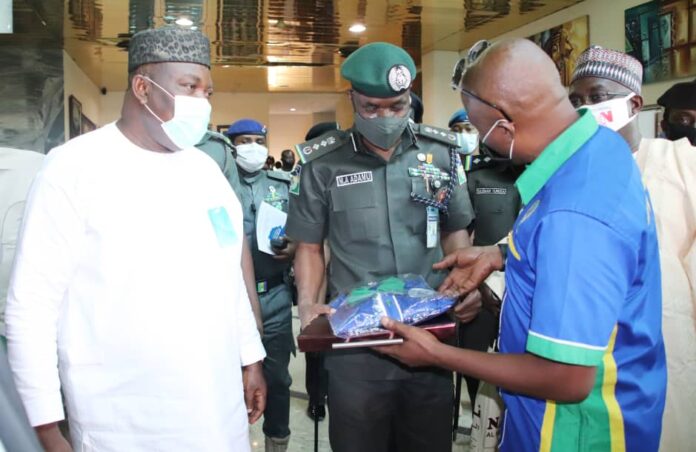 The Inspector General of Police, IGP Mohammed Abubakar Adamu has commended the Police Campaign Against Cultism and Other Vices (POCACOV) on its consistent and robust campaign mechanism as well as its connectivity with members of various communities, stakeholders and importantly the youth being one of the targeted audience.

According to him, “POCACOV is working with different stakeholders for youth value reorientation, engagement and strategic leadership direction and to save Nigerian children and youths from the claws of cultism, substance abuse, sexual and gender-based violence, thuggery and violence amongst other vices.”

He commended POCACOV on the successes recorded so far in the campaign against cultism and other vices through its numerous educative and sensitization programme as well as community driven and grassroot sensitization mechanism with stakeholders engagement and involvement.

He made the commendation on 15/12/2020 in Enugu during the presentation of some POCACOV campaign materials and shirts by the National Coordinator of the initiative, CSP Ebere Amaraizu to the IGP shortly after the flag-off of the workshop/training session of all police public relations officers at the Golden Royale Hotel Bisala Road, Enugu.

He also thanked all POCACOV stakeholders, ambassadors, volunteers, POCACOV NYSC CDS and campus directorate affairs amongst others for their commitment while also expressing his heartfelt condolence to the entire POCACOV families and the families of Late Austyne Emu, the president of the Delta state Anti-Cult Volunteer Corp and also a POCACOV Ambassador.