On January 10, 2021, what transpired in Owerri, Imo State in the name of an Ohaneze Election can, at best be described as a Show of Shame. Ndigbo, Imagine Ikemba Ojukwu (Agụ Ndigbo) weeping in his grave! What of Ozobu, Ikedife and Achuzia?

Among the living, over 90 % of real Imeobi members are heart broken over the Owerri Electoral heist. Pa Onyeso Nwachukwu, Mbazulike Amechi, Prof Ben Nwabueze, Adm Ndubuisi Kanu, Chief Nduka Eya, Prof Madubuike, Prof Elo Amucheazi, Archbishop Obinna, Prof Nwala, Prof Bart Nnaji, Engr Chris Okoye, Chief Aja Nwachukwu, Dr Sam Egwu, etc are all in support of the Concerned Imeobi Members (CIM) resolution that sanity must be restored to Ohaneze, our common patrimony by asking both the Engr Chidi Ibeh (produced by the Ozobu Electoral Committee set up by Barr Uche Okwukwu, the Immediate Past Secretary General) and Prof George Obiozor (produced by the Igariwey Electoral Committee set up by Chief Nnia Nwodo, the Immediate Past President General) factions to step aside for a credible election to be conducted.

Legally, Okwukwu remained the Ohanaeze Secretary General till the end since the General Assembly, the only organ empowered by the Ohanaeze Constitution to elect and remove officers never met once throughout the 4 years of the tenure of the last regime.

At least, there are still honourable men left in Ala-Igbo, not ready to join the bandwagon of political correctness by commending the Owerri Show of Shame just because others have done so.

“Evil thrive because good men do nothing”- Edmund Burke.

It is evil to commend an Ohaneze election married by irregularities, the kind that is associated with our dishonourable politicians in APC/PDP/APGA; falsification of results, over voting, Voter Intimidation by resorting to Option A4 instead of secret ballot which had been used in all previous elections including Nwodo’s, large scale open sharing of cash as voters’ inducement, etc. All these IMPUNITY transpired because a former PG involved in the Electoral Committee said, “Ndigbo will only make noise for 3 days and it will be over”.

If you call yourself an Igbo patriot or an activist and you are rationalizing or justifying this evil because the perpetrators or benefactors of this fraud/CORRUPTION are your kinsmen, Professional colleagues, political allies,etc, never come out again to condemn Buhari or other politicians.
CORRUPTION is not only the embezzlement of public funds but the debasement of due process.

READ ALSO  50 YEARS AFTER BIAFRA: No Longer A United People

How can you ask someone who was brazenly rigged out to shut up? Thats inhuman! You cant beat a child and ask him not to cry?

How can any of you look your children and even Grand children in the face and tell them that the Owerri Show of Shame was transparent?

SORRY! Its in the Igbo interest that it does not stand. If not, in 4 years time, the candidates in Ohaneze elections will need not just need thugs but militants, not just Ghana Must Go bags but juju and ọtụmọkpọ.

If you are afraid of standing against evil because of political office, its understandable but its not understandable to APPLAUD EVIL. In Nenwe, we have a Proverb that says, “Ikwitikwiti nyụrụ ėhụ shị ụmịrịma ya kụọrụ ya ẹka, ha shị ya Ọdịị, la a la-ekwehuru ive ọjọọ egwu” (The owl farted and asked her children to clap for her but they said “No!” one cannot APPLAUD an evil deed).

Tommorrow, we will complain about the Corruption of values among Ndigbo. Go to Abuja and Lagos, Igbo girls are the highest number of sex workers. What of cultism in tertiary institutions? Our boys kill each as if there is no tommorrow. In fact, we are more notorious for cultism than the Yorubas(Soyinka & co) who started it. What of drug trafficking and 419?

READ ALSO  How Nigerians May Be Saddled With The Greatest Muslim Conflict In The World History.

Finally, we have taken the corruption into Ohaneze. Allowing this FRAUD to stand is the best way to destroy THE IGBO BRAND. No matter how well intentioned Prof Obiozor and our Governors maybe, they are not infallible and can still retrace their steps and allowing for a transparent and responsible Electoral process, after all the lacuna in the processes that produced Engr Chidi Ibeh and Prof George Obiozor had been sorted out. Its a hard road that must be travelled if we want to save Ohaneze and return it from being either a PDP Ohaneze or an APC Ohaneze to being a gathering of kinsmen(Ọgbakọ Ụmụnna), which is what it was when we joined 21 years ago and sacrificed our youthful years at its altar. 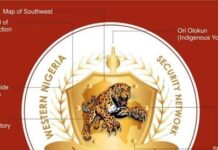 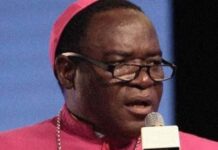 Op-Ed: Matthew Kukah in the eye of the storm

NOT A HAIR MUST FALL FROM KUKAH’S HEAD!- FFK