Igbo Christians under the aegis of Igbo Council of Christian Ministers has strongly condemned in its entirety, the rising spate of coordinated attacks across the five states of the South East, saying “the situation as we speak is now dangerous and very worrisome.”

The Christian group who expressed anger and disappointment over the killings and destruction of lives, homes and properties of Ndigbo, regretted that none of the perpetrators of the devious acts “has been arrested not to talk of bringing them to book,” adding that “this is a sign of a failed state both at the state and federal levels of governance.”

In a communiqué issued at the end of their national executive council meeting held in Owerri last Monday, the national coordinator of the group, Rev. Rowland Nwachukwu noted that the Council visited Owerri on a fact-finding mission, following recent attacks on the State Police headquarters and the Correctional centre.

“We were made to believe that the attacks on the Police Force headquarters and the correctional facilities were done in typical commando style and wondered if there are no intelligence gathering to the build-up of this kind of attack in an environment that should boast of adequate security personnel on ground,” Rev. Nwachukwu posited.

“The Council and her leaders were visibly angry in regards to the approach and manner in which the security operatives in the region are handling the situation and calls for synergy.

“Following the statement made by the Governor of Imo state, Senator Hope Uzodinma, there are more to the attacks than believing it was sponsored by some aggrieved politicians.

“We would not like to join issues since there is an ongoing investigation and security mopping over the matter. Let us wait. But let it be on records that we will not fold our hands and watch aloof in a situation some few bloodthirsty and satanic agents will turn Igbo land into a battlefield. It is not going to be accepted,” the group submitted.

The group added that “If the state and federal governments are serious in the fight against terrorism, banditry and other coordinated attacks on Nigerians, we would not have gotten to this point we are now. And from the look of things, it seems the end is still far. It is quiet unfortunate.

“With the recent formation of the regional security outfit, Ebubeagu, can there be any improvement of security in our region?

“We want to make a passionate appeal to all the traditional rulers and religious groups to synergize and fight alongside the security operatives to tackle this menace.”

Rev. Nwachukwu further charged Ndigbo to stand strong and united in the fight against “our common enemies,” saying “with God on our side, we shall not loose this battle. We shall rather come out of it stronger and more united.”

“We also want to use this medium to appeal and commiserate with those who are directly affected in one way or the other in the terrorist attacks in Ebonyi state, to stand strong. Please take heart we are standing with all the families affected, especially those who lost their loved ones in the recent senseless killings,” the group concluded. 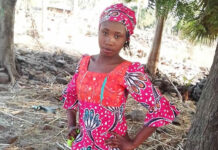 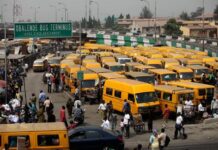 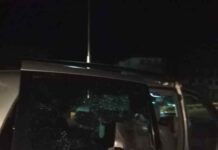