AKWA IBOM PPRO IS DANCING ON THE CORPSE OF KUBIAT ISAAC

As the lawyer representing the family of Kubiat Isaac Akpan, I have been inundated with messages and calls from members of the public seeking my response to the press release issued this morning by the Police Public Relations Officer in Akwa Ibom State. I did not initially intend to respond at this time to the press release but the calls and messages have become unbearable. This preliminary response has thus become imperative.

It is quite sad to see media houses, including prominent and credible ones, publish reports on the press release issued this morning by SP Odiko Macdon, the Police Public Relations Officer (PPRO) in Akwa Ibom State, on the murder of Kubiat Isaac Akpan, without bothering to reach out to me or any member of the deceased family to get our reaction.

What happened to balancing stories before publication? Only Premium Times reached out to me to get our response to MacDon’s press release.

READ ALSO  RESOLUTION OF THE EMERGENCY PDP BOARD OF TRUSTEES MEETING

Radio stations, newspapers and blogs reported the mendacious, inflammatory, insensitive and offensive press release without considering the effect it will have on the family, friends, colleagues and loved ones of the deceased.

The deceased family is grieving and inconsolable. The minimum that the PPRO should do is to speak nothing but the truth. The aged parents of Kubiat are crying and weeping endlessly over the murder of their only son who just graduated from the University of Uyo where he studied Architecture.

The Akwa Ibom State Commissioner of Police has not visited the family of the deceased. Yet, the PPRO decided to dance on the corpse of Kubiat Isaac.

To be specific, MacDon’s allusion to cultism, armed robbery and evasion of arrest are nothing but pure fiction. He should tell the public what he hopes to achieve by concocting this fictional narrative.

Kubiat was never under investigation for alleged armed robbery or cultism or any criminal case for that matter. It is astonishingly provocative that the PPRO asserted falsely, without any basis, that the deceased was evading police arrest.

Kubiat was not sick and had no pre-existing medical condition prior to his arrest on Sunday, the 29th day of August, 2021. The claim by the PPRO that Kubiat complained about ill-health while he was at B Division, Ewet Housing Estate, Uyo is uncanny and preposterous.

This is a very irresponsible behaviour by SP MacDon who knows or ought to know that lying against the dead is evil, vicious and against African culture. His statement has made things worse for the deceased family.

We are considering filing a petition at the Police Headquarters in Abuja and the Police Service Commission against SP MacDon. 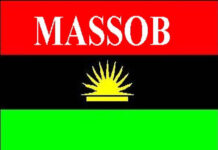 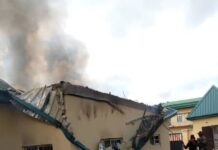 INEC provides more details on attack of their office in Enugu 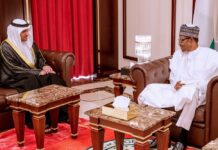