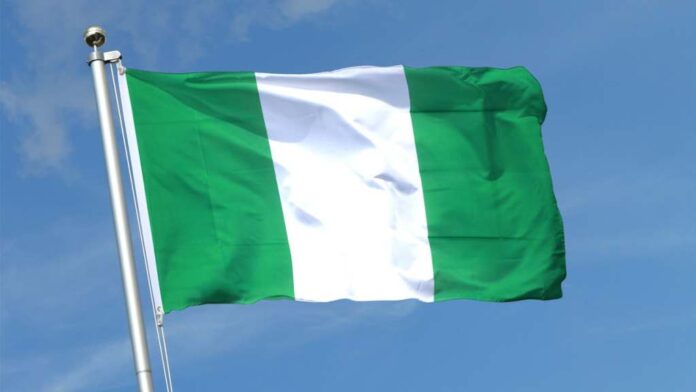 Democracy as we know is the government of the people,by the people and for the people.But however this definition has become a mockery in Nigeria. For over two decades we have practiced Democracy of the few, by the thugs disguised as politicians.These politicians have usurped our public wealth to immensely enrich themselves and their cronies. A true democracy is people oriented, people promoted, sustained by the people for the benefit of the people . For a democracy to be successful the people of the country matters , their vote matters, and that the government cares about them . But this has been ridiculed in Nigeria . Our leaders have rewarded themselves immensely, they have chosen few vulnerable group of people who are loyal to their corrupt practices to seat in the gracy mansion and those who are upright are excluded because of their transparency. Elections have become selection procedure where god-fathers chooses governors and political leaders by blood tonic recipient through loyal oath. And our election process have been so compromised that 98% of the population has become an excess tools whose sovereign voices can only be heard through impoverished cries and they are the underemployed and unemployable.The doors of opportunity for the youths who are meant to be leaders of tomorrow have been shut.They have resorted to election tugs, bike drivers and petty jobs to survive.

Most of the issues and failures of the government has resulted to disunity in the country given rise to the Biafra agitation, the Oduduwa agitation and banditries and insecurities in the North.

The major challenge in Nigeria is the structural re-organization of the Nigerian states.The constitution has provided for some principles, concepts and positions that guides the states in Nigeria.However the wrongful application of these principles have brought setbacks instead of goodwill in the country. A critical study of these setbacks and way forward will bring about the Nigeria of our dreams.They include;

1.Un-equal Citizenship: In the states of the federation, non- indigene that is people whose origin can’t be traced to that particular state are discriminated against . Non-indigenes are limited in participation in political offices and posts irrespective of their potentials, knowledge and experience.They are denied of all opportunity to contribute to societal progress and access to better means of livelihood .These is a setback in the progress of the state because a non-indigene who has resided in a state for years and has the progress of that state at heart is denied the opportunity to contest any elective office in that state which hinders him the opportunity to bring progress to the state.

As a matter of government policy, many states refuse to employ non- indigenes in their state civil services, and most if not all of Nigeria’s thirty-six states deny them the right to compete for academic scholarship. State universities generally discriminate against non- indigenes in their admissions policies and charge higher fees to non-indigene students who do manage to secure admission even though they reside and pay taxes in those states . All of these practices have been made more harmful and become more controversial by increasing levels of chronic poverty throughout Nigeria . It has also brought disunity and chaos amongst indigenes and non- indigenes . Example this practices bans an indigene of Akwa Ibom State who lived all his life in Abia State and knows most issues Abians are facing and most likely best candidate in a governorship election from contesting.This is the height of discrimination and tribalism. It is a set back in the growth of the State because the wrong candidate who is fortunate to be an indigene is elected while the right candidate who is unfortunate to be a non- indigene is excluded from even contesting which hinders the opportunity of the state to grow in infrastructural development, good roads, etc . Nigeria’s federal government has done nothing to curb this state and local government discriminations against non -indigenes, even though it makes a mockery of the Nigeria Constitution’s guarantee of freedom from discrimination. In fact the constitution encourages it through this state of origin act inadvertently.

READ ALSO  The role of INEC in party primaries by Dr. Amadi

The way forward is the need to call for full citizenship restoration that is to remove the clause ‘State of Origin’ and replace it with the clause ‘State of Residence’ whereby a person who has lived his life in a State can be opportune to contest an election in that State and also free to enjoy all benefits of that State . In addition a person who has resided in a state for two years should be allowed to contest for governorship election.With this there will be no division, anarchy and envy in the country. It will bring about good governance because the right candidate rules irrespective of his State of origin.This has been the practice of foreign countries which we should emulate. Non-indigenes and indigenes pay their tax and they enjoy same privileges like police protection and they can participate in politics.There is need for restoration of full citizenship to Nigeria were state of origin won’t limit him of his rights and privileges.With these, there will be peace and oneness in the country. Also it will avoid tribalism because an Igbo can be a governor of Lagos State and an Hausa can be governor of Abia State. Also it will curb the insecurities which is prevalent in the country.It is a mess in good governance that a member of the House of Representatives who hasn’t lived in a state for years but because he is an indigene of the State contest and begin to rule a state which he has little or no idea on. He has no idea of the problems and wishes of the people. It is said a person who wears a shoe knows were it pains most. We therefore call on the federal and state legislators to immediately pass a full citizenship restoration act, that guarantees all Nigerians equal citizenship within the boundaries of Nigeria.The rights of her citizens cannot be constrained and restricted to his place of origin.Today, our citizenship is limited to our state of origin.We cannot build a country with this state of origin rule in our laws.

2.Call for State constitution now : The 36 states in Nigeria lack their own unique constitution and this is a hindrance in good governance.

Therefore the way forward is for every State to have their own unique constitution that binds them based on what is best of the state.

3.The problem of immunity clause: Section 308 of the constitution of the Federal republic provides for immunity clause.This means no civil and criminal proceedings shall be brought against the president, vice- president, governor and deputy governors.The immunity clause given by the constitution is an absolute immunity, however a qualified immunity is an immunity given to the governor or president while carrying out his duty.The absolute immunity means that all crimes committed by the governors or president while in tenure cannot be questioned.It protects them from criminal prosecution while on tenure. A governor is meant to serve his people but however when he derails from that and commits crimes he can’t be apprehended and that is a setback in the growth of the country .The absolute immunity implores that allegations of corrupt enrichment , financial impropriety , embezzlement and other crimes committed cannot be investigated and proved against incumbent executive political office holders . As such , they can neither be called to account for their actions and inactions in office during their tenure nor made to resign on proof of gross misconduct as is in the case of countries abroad .The direct results of these are unmitigated cases of corrupt enrichment by political office holders who unfortunately cannot be brought to book because they enjoy immunity . For instance Chimaroke Nnamani of Enugu State and Orji Uzor Kalu of Abia State; among others could not be brought to book over allegations of corruptions until the end of their tenures.

The way forward is to make the absolute immunity a qualified immunity whereby cases of misappropriation of fund and corruption on the part of political elites can be charged to court while in office .

In additional to that ,every state should have her state Supreme Court

4. The problem of Appointment of Attorney- General:

The constitution provides for the office of an Attorney -General for each State. The Attorney -General is appointed by the Governor of a State .The Attorney General has the powers to institute , undertake or discontinue criminal proceedings as conferred in the constitution .The Attorney General’s power in a way is limited because he is appointed by the State governor .The Attorney-General loyalty will be on the governor who has appointed him and he won’t want to be disloyal by instituting an action against the governor who saw him capable for the appointment.Henceforth the saying ‘You can’t bite the hands that feeds you’ applies .Therefore the Attorney-General who should be the chief prosecutor is not independent and it is a setback in the growth of the country .No wonder all the state corruption cases has been from EFCC and none from the State.

The way forward is for the Attorney -General of the States to be elected by the people .By this the Attorney- General becomes a neutral persecutor and can execute his powers without fears.

There is also the need of elected public advocate ,he acts as the people’s advocate against the government. These positions cannot be appointed by the governor .Is there any social club or organization where the president of the club is allowed to appoint his Secretary ,treasurers,financial Secretary or auditor of his choice ? Why should we allow this in our state?

There is need for a clear and urgent re-organization of the local government areas.

Major cities like Aba, Benin city, Calabar etc are not local government areas. They are municipal areas. The idea, that we can partition a town into four or more local government areas with different local government heads is ridiculous and impossible to work. It’s a source of waste and nothing gets done except what is done by the governor. For our cities to work, we need them to function outside the preview and dictates of the state government. We must quickly constitute and enact city charters for our major towns.States abroad which include New York city, The city of Atlanta and others have their charters in line for any to read and copy. These charters will define the following and their functions: the city head, the mayor, the city council, elected attorney General, elected account controller, elected public advocates and an economic development board.It will also give provision for the city department for works and transportation, sanitation and health,department of finance, department of security etc.

Now, our towns like, Ohafia, Abiriba, Arochukwu etc have to become local government areas, and our small villages that cannot meet the requirements of running a local government be incorporated villages. These will enable her to collect local taxes, issue local permit and enforce village ordinances. The shall be able to collect Federal and state allocations from budgets to carry out her functions. There should be no population requirements to become an incorporated village, federal and state funding follows citizens where ever the may be. Budget allocations is based on people. Hence the importance of census. The more people the more federal allocations. 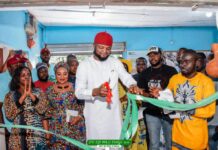