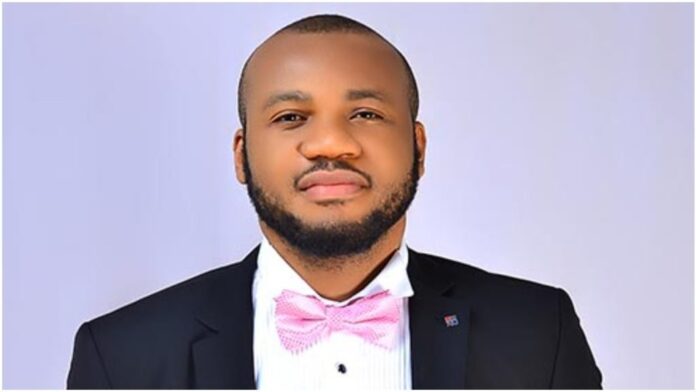 The Anambra State Police Command has arrested a butcher at Tarzan market known as Chiadiobi over the killing of an ardent supporter of President Muhamnadu Buhari’s administration, Barrister Kenechukwu Okeke.

Okeke was allegedly butchered in his house and in the presence of his family by a group assailants allegedly led by his erstwhile tenant, Chiadiobi, over a minor disagreement.

Confirming the incident on Saturday, the state Police Public Relations Officer (PPRO), DSP Toochukwu Ikenga, said the arrest came barely 24 hours after the news of Okeke’s made the rounds.

He said the state Police Commissioner, Mr Echeng Eworo, gave an order for the suspect to be arrested and questioned about the death of Okeke.

Ikenga said the suspect discarded his phone number and went into hiding when it dawned on him that the killing of Okeke had become public.

“He was later smoked out by police operatives, and is now helping police authorities with its investigations,” Ikenga added.

READ ALSO  Don't allow this government to be shut down: Oshiomole begs

It was gathered that Chiadiobi, alongside his gang, had confronted Okeke, matcheted him, poured fuel on him and set him on fire.

Okeke died at Orthopedic Hospital in Enugu late last month but news of his death was broken only this week.

Okeke was a pro-Buhari activist who dragged many to court for abusing the President, including celebrities and media outfits. He became popular last year when he took side with the Federal Government over the EndSARS protest, while also dragging celebrities who led protests to court.