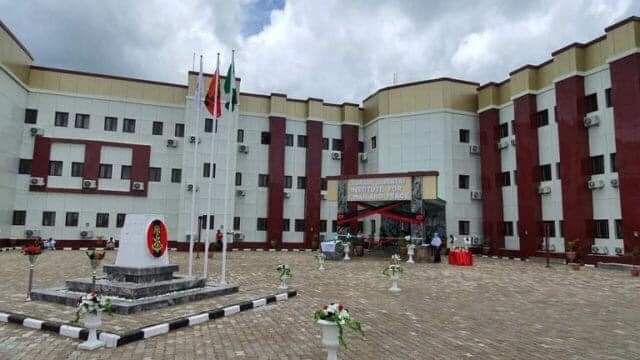 Contrary to the propaganda video by the Boko Haram Terrorists that they overran the Nigerian Army University located in Borno State, JOURNALIST101 gathered that the army repelled the attack which was in a satellite campus of the University.

The terror group attacked the Nigerian institute of war and peace a Department under Nigeria Army University Biu, NAUB. The campus is located in Buratai and 70km away from Biu.

According to the media reports today, the terrorists invaded the University and took over the complex.

But a source at the University told our correspondent that the video which was recently made available to the media by the terrorists today actually took place four days ago- on Monday.

Also in a statement issued by the University authority on Monday, they narrated that troops resisted the attack in which two lives were lost. The victims are staff of the institute.

The statement from the school reads:

“On Monday 10th January, at about 1400 hrs, gun men suspected to be members of Boko Haram attacked the Tukur Yusufu Buratai Institute for War and Peace (TBI), a research Institute of the Nigerian Army University located some 40 kilometers away from Biu, but were robustly repelled by the ever ready troops stationed at the Institute.

“The terrorists who came in their numbers were met by superior firepower forcing them to retreat in disarray. Unfortunately, 2 civilian staff of the Institute paid the supreme price.

“Management wishes to commend troops for their gallantry during the attack and to commiserate with families of the fallen staff.

“Finally, Management wishes to assure the general public that the Institute remains 100% operational as Security has been beefed up in the general area.”