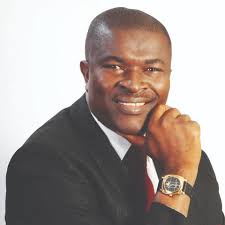 Ahead of the 2019 general elections, a socio-political group in Enugu State formed to drum up support for the re-election of the Enugu State Governor, Rt. Hon. Dr. Ifeanyi Lawrence Ugwuanyi, has called on politicians in the State to avoid engaging in campaigns of calumny and character assassination in a bid to scoring cheap political points.

The group,the Gburugburu Continuity Network (GCN) made the statement in a release signed by its Central Coordinators, Hon. Chineme Onyeke andHon. Chinedu Eze.

Their statement was apparently in response to what they called “sponsored media attacks” against the lawmaker representing Nsukka/Igbo-Eze South in the House of Representatives, Rt. Hon. Dr. Pat. Asadu.

It will be recalled that certain groups purporting to speak for Ovogovo people in Nsukka West of Nsukka LGA and pretending to be clamouring for power shift, to Ovogovo specifically, by attacking the respected lawmaker, and create an atmosphere of hate in a rather peaceful area, but the GCN urged politicians to campaign on their own programmes, visions and missions rather than attempting to deprive any Nigerian of his democratic right. They decried a situation where known and unknown faces hide under all sorts of names and pseudo names to attack those they perceive as rivals through hate write ups and smear campaign that has culminated in media attacks on Asadu who many feel is the front runner in the race for the House of Representatives in the Constituency.

The GCN cautioned politicians and their sponsored groups to stop making statements and taking actions capable of jeopardizing the prevailing peace in the State which the Governor has worked assiduously with his team, including Dr. Asadu to enthrone.

It said while it was not against politicians showing interest in political positions, but that such persons should not be hiding under faceless groups to denigrate other political leaders.

They called on politicians in the State “to focus on issue-based campaign as we get nearer to the 2019 general elections.

“We are saying this because we cannot sit back and watch masked politicians whose stock in trade is nothing else but to assassinate other people’s character instead of showcasing what they have to offer
to the masses.

“We must put it on record that the Rt. Hon. Pat Asadu does not deserve the kind of mudslinging he is getting from these faceless individuals, except for the well known fact that some of these people dread contesting against him because of his soaring pedigree and acceptance across the 36 wards in the Constituency .

READ ALSO  JUST IN: FG And ASUU Reaches An Agreement

“While we are not holding briefs for him, we must also point out that it is a total fallacy and deliberate falsehood for anyone to describe the lawmaker as a bench-warmer. We challenge those saying this to mention any of his predecessors that sponsored bills and motions more than he did. We equally challenge them to mention any of such persons that attracted constituency projects more than he has
done.
“It is on record that Asadu’s performances within the period he has served the people of Nsukka/Igbo-Eze South at the House of Reps cannot be compared with those who held the position in the past in his constituency and his achievements are out there for people to see.”

According to GCN, “it is unthinkable for some persons to just come up and start telling bare-faced lies simply because they are interested in a position being occupied by someone else.

“To set the records straight, it is pure fallacy for anyone to say that he has not sponsored any bill in the House. He has so far sponsored not less than ten bills and several motions, including a Bill
for an Act to amend the River Basin Development Authority Act; A Bill to repeal the Nigeria Ports Authority Act; A Bill for the establishment of Forensic DNA Database in Nigeria; A Bill to establish the Federal College of Dental Technology and Therapy to provide for courses leading to the award of degrees, The University of Nigeria Nsukka amendment Bill and the recently well celebrated bill create a Federal University of Technology out of the present IMT, Enugu

“ We can also authoritatively confirm that there are several motions to his credit. Dr Asadu is celebrated amongst his colleagues and So respected that none of his bills or motions have ever been defeated or negatived since his election into the House. So, for anyone to claim that he is a bench-warmer, is
far from the truth.
He has the education and political experience to not only be a vibrant voice in the green chambers but also Chair with distinction one of the most sensitive committees in the House, which no bench warmer except the warped logic of political naysayers can accomplish.

“As regards constituency projects, Dr. Asadu championed the construction and reconstruction of Administrative and lecture rooms at the study centre of the National Open University in Opi, renovated structures at the Ovoko Boys Secondary school, and was also presently constructing the ‘Obu Nsukka’ project for all traditional rulers way beyond his constituency . 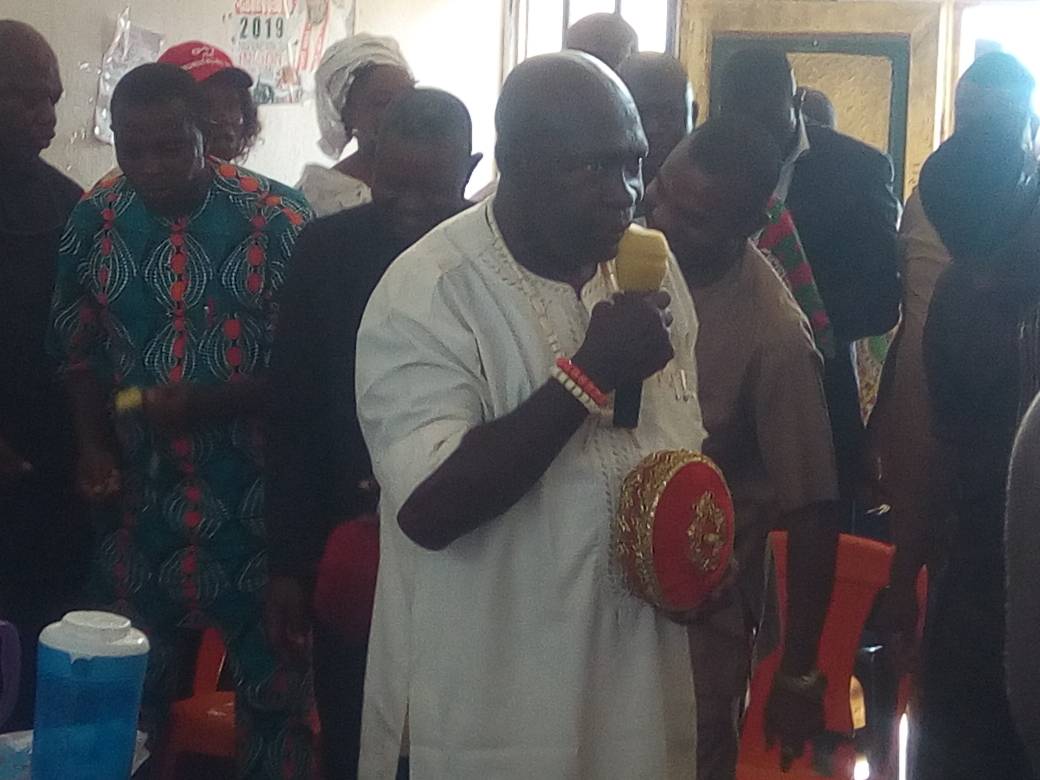 “Now, those who are saying he is taking money meant for constituency
projects, just advertise their ignorance or just bare faced hatred for the truth, asking how is that possible?
” Do they mean he (Asadu) cashed it from the budget document or moved to executive arm and awarded these to himself, processed the payments and pocketed the monies ?

“We will not waste our precious time to talk about the allegation that N1bn was given to the Director General of Governor Ifeanyi Ugwuanyi Campaign Organisation to secure PDP 2019 ticket of Nsukka/Igbo-Eze South Federal Constituency Seat. It is very childish and unfathomable. Who is the DG of the Ifeanyi Ugwuanyi Campaign Organisation?. What role has he in determining who wins either the Primaries or the election to the Constituency? If Dr Asadu can give one person N1b and yet all stakeholders in his Local Government and most of those in the entire Constituency align with him, how much is he giving all these people?. And if anyone can give N1b to an individual for a House of Representatives seat, then these hack writers should prepare for a long, lonely night as he might just have become really too strong for these faceless writers to stop.

“This is an open contest and instead of marketing whosoever they believe is better than Dr. Asadu, they have chosen to keep themselves busy by attacking billboards, printing funny posters and sponsoring faceless groups with no known address against the Lawmaker as these can only make an Asadu that has shown his fearless political sagacity and convictions firmer in his determination to test his popularity amongst his people once more” they explained.

Meanwhile PDP stakeholders in Igbo-Eze south LG who unanimously commended Dr. Pat Asadu for his effective and efficient representation at the National Assembly, said that they would approach Nsukka LG
stakeholders and all others who have been like mentors to them to seek understanding and support for Asadu to continue serving as he has been adjudged one of the best nationally. They recounted that even the Catholic University in Enugu, indigenous people of different ages, trades and faiths in the Constituency including the Muslim and non-indigenous population have been clamouring for Dr Asadu to step forward and contest the forthcoming elections.

The stakeholders who met at Dr. Emeka Enejere Hall, Igbo-Eze South Council Headquarters Ibagwa Aka on Saturday after the zonal PDP meeting, said they were not going to quarrel with anybody over Asadu’s
4th term bid because his going back to the House of Reps will not only benefit the whole Nsukka zone but Enugu state in general. “Whatever it will cost us to maintain peace in our federal constituency we must do, to enthrone peace because we are one family. We are going to win without quarelling with any anybody
because God’s hand is in it and we must go to God the owner of the power and our big brothers in the Nsukka LGA.

“This is because they must be involved in whatever discussions and plans we have on Dr. Asadu as far as it concerns this federal constituency. At the end Gods Will must be done as Dr Asadu cannot be
tired of serving us . What we are going to do is to engage with our fathers and mothers, brothers and sisters from Nsukka because a lot of them think even more well for us than we think for ourselves. We are not going to take anybody for granted and we are not also afraid of the battle ahead because God is behind us and we are sure of where we are going.” they maintained.

The stakeholders unanimously reaffirmed their total support and endorsement for the Governor of Enugu State, Rt. Hon. Ifeanyi Ugwuanyi and the Government of Enugu State while emphasising that in keeping with the position of the party in the State; they were only going ahead to canvas support for Dr Asadu rather than endorsing him at this stage of the election process as his position belongs to more than them alone; even when they wholly threw themselves behind a comprehensive consultation with all and sundry on his behalf.