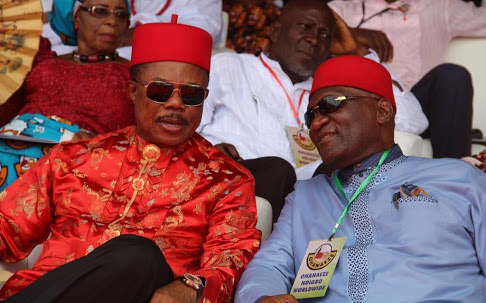 As a follow-up to the Ohaneze World Igbo Summit, another pan Igbo organization NDIGBO CONSULTATIVE ASSEMBLY (NCA) seek to build a CONCENSUS of ideas to seek for a way to harness the good sides of the position taken by Ohaneze.

The group is seeking a form of coalition of various igbo intereest groups to brainstorm together and make the declaration work in the best interest of the Igbos.

The group made their intentions known in a short press release signed by their Acting Publicity Secretary.
The statement reads;
“Sequel to the Ekwueme Square Declaration held in Awka on May 21, 2018, and in the spirit of togetherness, in order to streamline further actions, a group of Igbo elders under the auspices of Ndigbo Consultative Assembly (NCA) deems it necessary to convoke a leadership forum for all Ndigbo organs.”

Detailed information will reach all organs as soon as possible.
Signed