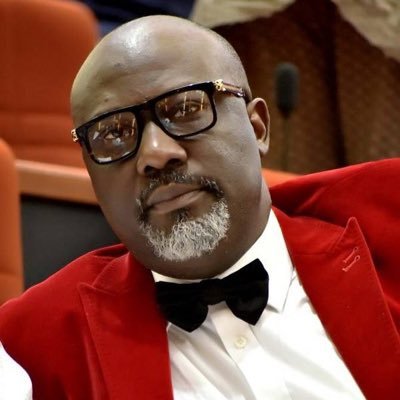 Senator representing Kogi West in National Assembly, Senator Dino Melaye have been released by his abductors.

The senator who took to his twitter page to announce his release said that he spent over 11hours with his abductors and was traumatized through out the period.

He said, “I thank God once again for escaping another dangerous attack. I also thank Nigerians for their prayers and show of Love. Spent 11 hours in the wilderness traumatized but God preserved me. God is the best and in whom ONLY I trust. They will continue to try. WE SHALL OVERCOME!!!” 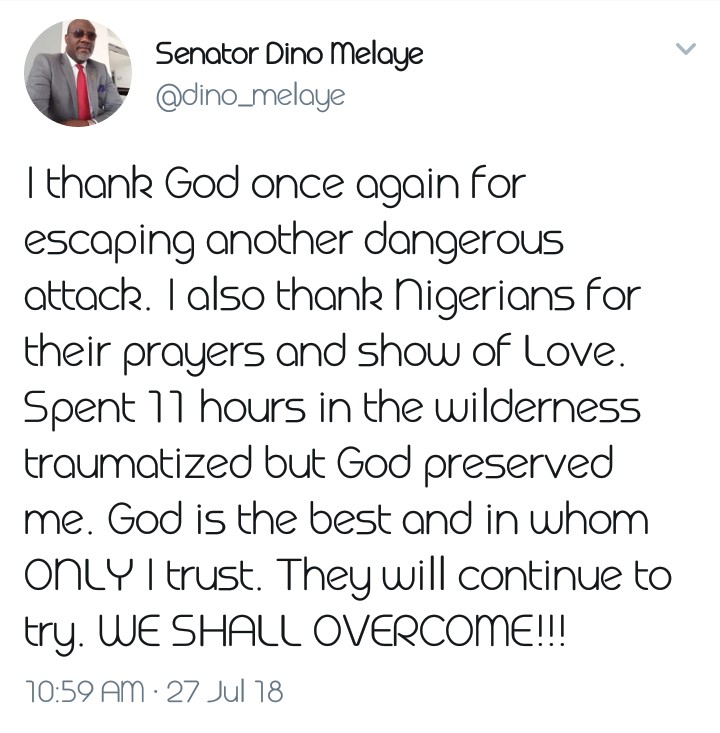 Senator Melaye who was alleged to have been abducted on his way to Lokoja, Kogi state capital was said to be abducted by unknown gun men in a sienna car.

As at the time of this report, it is not clear if a certain Ransome was paid before the senator was released.

Recall that senator Melaye among 14 other APC senators recently decamped from the ruling All Progressive C to the Peoples Democratic Party, PDP.