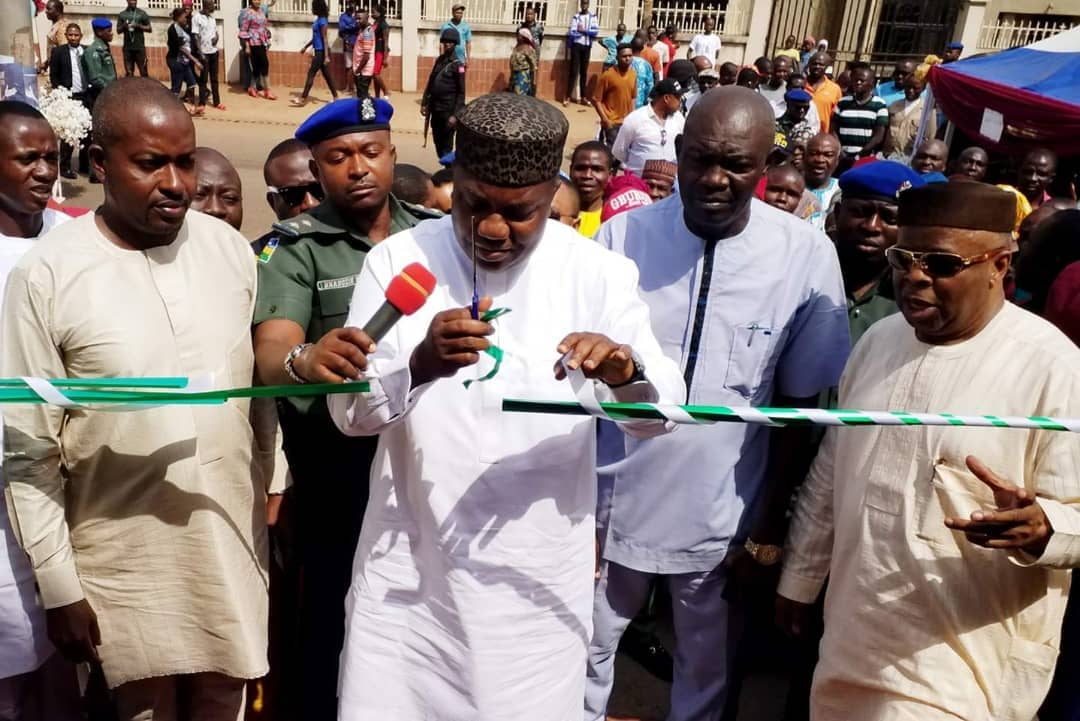 An Enugu based group, The Enugu Development Forum (EDF), has condemned former Senate President Ken Nnamani for what it termed his “double standard” over his claims of membership of the ruling All Progressives Congress (APC) at the national level, while working for the People’s Democratic Party, PDP at the grassroots level.

The group stated this in reaction to reports that emerged in the media on the former number three citizen in Nigeria attending a function with the governor of the state where he made certain statements that appeared to show support for the second term ambition of Governor Ifeanyi Ugwuanyi.

Speaking to journalists during a press conference in Enugu, President of the group Emeka Ezema stated that “The true character of former Senate President, Ken Nnamani, has always been known to those of us who are conversant with his rise.

While claiming to be a member of the APC and attending party functions with the President and other senior members of the party at federal level he dines and wines with the PDP at the state level with the ease of changing pieces of clothing.”

READ ALSO  This Is Too Bad, Former Minister Takes Amaechi To The Cleaners

Ezema wondered why Senator Nnamani chose “the opportune time when an attempt to buy the votes of Enugu people was in full swing, to call the governor, who has been rejected by the people of Enugu due to his neglect of the people in the last three years of his administration, ‘a good product’?”.

He however said that it came as no surprise to close observers of affairs in the state, as “those in touch with the grassroots have always known his duplicitous nature, so his attending a public function with PDP National Assembly candidates surrounding him and fawning over him like love birds, was just a confirmation of his undying love for PDP to the whole world”.

The group accused Nnamani of “serially engaging in anti party activities, working against the momentum President Muhammadu Buhari who is gaining momentum in the South East and Enugu in particular, even to the point of sponsoring the current executive chairman of his local government in addition to members of Governor Ugwuanyi’s cabinet nominated by him”.

Questioning the governor’s motive he argued that “It is indeed a shame that the governor chose a few months to elections to pledge to release N10million, for ‘community development projects’ without the input of communities as funds were released to so called leaders of the communities. It is even more curious that only N5million was released to Nnamani’s community and he started singing like a bird and declaring that ‘when the time comes, I will say where our people belong’.”

“Seeing that the APC’s stock is on the rise, Governor Ugwuanyi has become ever more desperate hence the last minute quest to buy over the people of Enugu and the deployment of his not-so-secret weapon in Nnamani, who had been on his payroll all along. It is an open secret that Nnamani is a closet PDP member who has been on the payroll of the sitting governor, working overtime against President Buhari for his friends in the PDP”.

He concluded by saying that “the days of the corrupt PDP in Enugu are long gone as the people have taken a stance for integrity and progress the APC espouses as seen in the unprecedented mass numbers that trooped out to receive President Buhari on his recent visit to the state.

Nnamani’s antics notwithstanding the ride of Senator Ayogu Eze of the APC to government house is a sure one as his candidature is based on pure grassroots support of the people of Enugu who have had enough of the directionless 19 year rule of the PDP.”