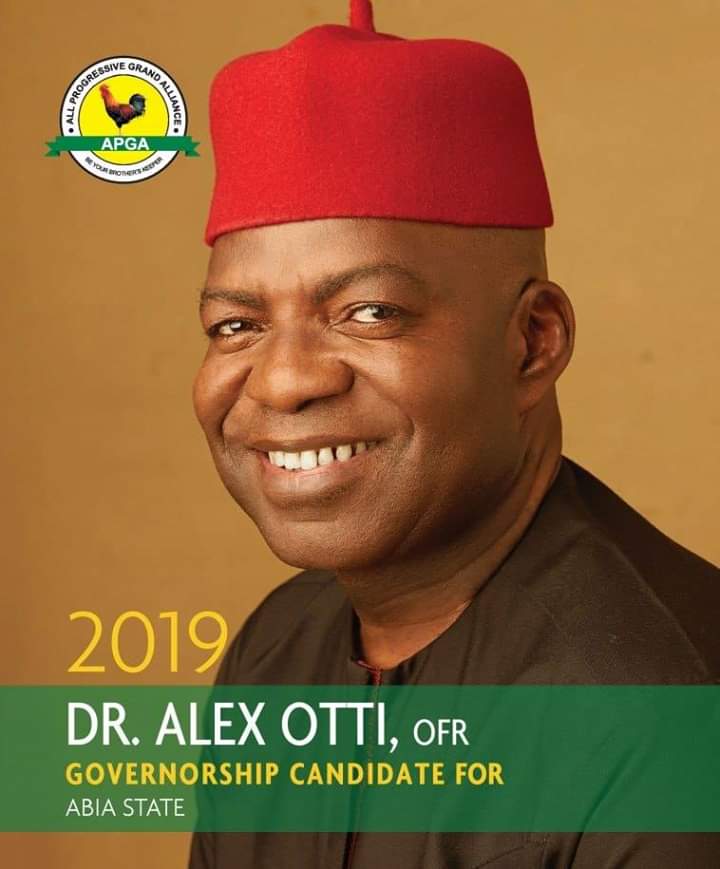 The Director, Media and Publicity of Alex Otti Campaign Organisation, Kazie Uko, has said the Governorship Candidate of the All Progressives Grand Alliance (APGA), Alex Otti, has not stepped down from the race.

In a statement he issued in Umuahia on Sunday, Kazie insisted that Otti “is still very much in the race.”
He described the rumour that his principal had stepped down for Uche Ogah of the All Progressives Congress (APC) as unfounded.

“The rumour is a false and deliberate attempt by desperate politicians to confuse the Abia electorate,” Kazie stated.
Kazie, therefore, urged people of the state, to go ahead and vote for Otti during the March 9 elections.
“We urge Abia indigenes not to be distracted by false rumours being spread by rejected and hopeless politicians and their collaborators.

“Abia people should be rest assured that Otti is determined to win the March 9 election on the platform of APGA and will not trade that for anything.
“Just like we did in 2015, APGA will win the 2019 election, this time with wider margin,” he added.
Emeka Uwakolam, the Governorship Candidate of the Accord Party, has already stepped down for Otti.