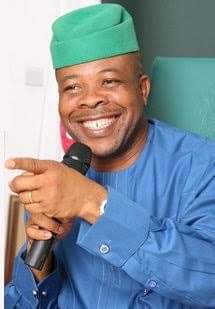 A case filed at the Federal High Court sitting in Owerri, the Imo State capital, to stop the inauguration of the Imo state governor-elect, Emeka Ihedioha, on May 29 has been struck out.

Justice PA Rimgim, the presiding judge, said that the plaintiff, Clifford Eze, who was the governorship candidate of the Democratic Alternative (DA) during the governorship election had no legal right to approach a regular court for a post-election matter.

The judge ruled that the court lacks the jurisdiction to entertain the suit and awarded a N5 million cost against the plaintiff.

One of the defence council, Emeka Ihejirika, in reaction, said that apart from lack of jurisdiction, court processes were also abused by the plaintiffs.

Ihejirika said, ”it is a primary knowledge that the regular court does not entertain post-election matters.

“Apart from the federal high court lacking the jurisdiction to entertain the suit, it was an abuse of court processes.

“That was why the court slammed a N5m cost against the plaintiffs. It is as simple as that.” 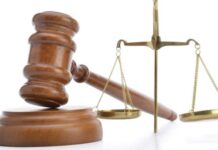