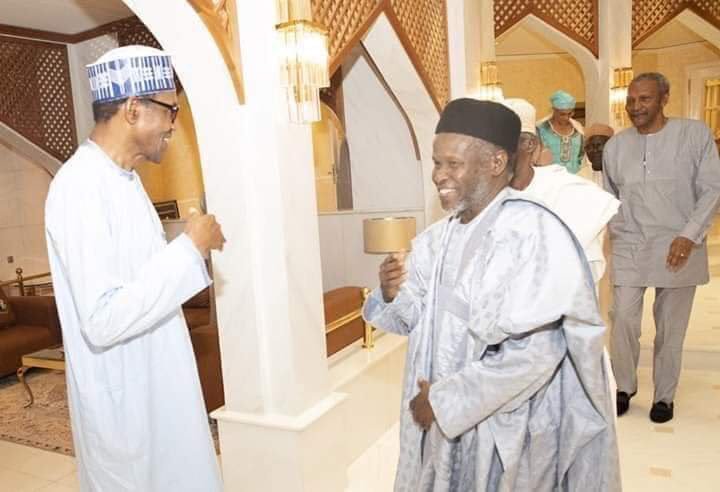 Pictures of the Acting Chief Justice of Nigeria, CJN, Tanko Mohammed, alongside other presidential election petition tribunal judges yesterday, flooded the media space as they played guest to President Muhammadu Buhari who hosted them on a dinner session at the breaking of Ramadan fast in Aso Villa.

When the Acting CJN, Mohammed, before the just concluded 2019 elections, hurriedly presented himself to the president, in a most controversial circumstance, for the position he occupies today, at the top echelon of Nigeria’s judiciary, without waiting for the approval or recommendation of the Nigeria Judicial Council, NJC, many Nigerians without being told knew that something was fishy and that the Acting Chief Judge was only there not to serve the general purpose of the common man but to play the script of the president and his cronies. All the talk about non-declaration of assets by the former CJN, Justice Onnoghen was nothing but bunkum and a mere afterthought. Therefore, to say that President Buhari has successfully captured the Nigerian judiciary under his beck and call is only an understatement.

Buhari hosting the judiciary to an unsavoury high-powered dinner – same judiciary handling the Presidential Election Petition Tribunal where former Vice President Alhaji Atiku Abubakar, the presidential candidate of the Peoples Democratic Party, PDP, in the just concluded election, lodged series of complaints/petitions challenging the victory of the incumbent, has left much to be desired. For one, there is something distasteful about the dinner. It is sour in every sense of the word because of the secrecy that was brought to bear on it.

Before their lordships were feted at this presidential dinner, some other high-ranking government officials, including the leadership of the legislative arm of government, had had similar dinners with Mr. President. But there is a difference. The dinner for the other stakeholders was in the public domain. They were announced to the Press. The public was very much in the know. But that was not the case with that of their lordships. Theirs was kept under wraps. It took some kind of whistle-blowing for some of us to know about this meal that has all the trappings of compromise. Why were their lordships ferreted into Aso Rock and treated to a sumptuous meal without Nigerians being put in the know? That is the question that is begging for answer.

There is every cause for concern in this obnoxious and unpalatable development because of some sensitive issues at hand. The Nigerian judiciary is on trial because of the 2019 presidential elections. The received impression in many homes in Nigeria is that the election in question was won by Alhaji Atiku Abubakar. President Buhari of the All Progressives Congress, APC, is largely believed to be in possession of a stolen mandate. It is this disputed outcome of the election that Atiku and his party, the PDP, have gone to court to challenge.

A very sensitive issue as this cannot be resolved by a corrupt and compromised judiciary. According to the judicial code of conduct, “the judge must be sensitive to the need to avoid contacts that may lead people to speculate that there is a special relationship between him and someone whom the judge may be terrified to favour in some way in the course of his judicial duties.” It also clarified that “a judicial officer must avoid social relationships that are improper or may give rise to an appearance of impropriety or that may cause doubt on the ability of the judge to execute his duties.”

The Acting Chief Justice of Nigeria has broken the judicial code of conduct/rules after visiting the Villa for the breaking of the Fast and associating himself with Buhari whose presidential election victory is being challenged in court by other opposition candidates and presided over by these judges. Tanko Mohammed must voluntarily resign or be removed for an uncompromised judicial officer to ascend to his position. It was on the strength of this delicate situation that Justice Zainab Bulkachuwa, the President of the Court of Appeal who also assumed the chairmanship of the Presidential Election Petition Tribunal, was asked to recuse herself from the trial because it is believed that she is an interested party in the case having confirmed that her husband is a senator-elect under the same party with the president– APC.

But we are constrained to say that members of the presidential election petition tribunal have started on a rather disappointing note. Their ruling that there was not enough reason for Justice Bulkachuwa to recuse herself from the case is bizarre. How they decided to ignore judicial precedents and decided cases in this matter beats the imagination. Is this their skewed judgment a foretaste of what to expect from them in the case before them? We hope it is not. Nigerians are still waiting for them to dispense justice in a manner that will not further expose the Nigerian judiciary as a laughing stock before the world.

As the president’s special nominee, it will be most unconscionable for Justice Tanko Mohammed to do anything that will throw him open to suspicion. He must, therefore, tread with caution and quietly recuse himself from this case. The matter before the tribunal requires an independent and impartial arbiter who will not be compromised by a mere plate of porridge.

The fact that the presidential dinner under reference took place in secret is worrisome. The impression it conveys is that the concealed meal may be one of the sessions that will be put in place to compromise the justices, particularly the CJN in the ongoing presidential election petition trials. The development is most reprehensible, to say the least. It sends uncomfortable signals to the watching world. 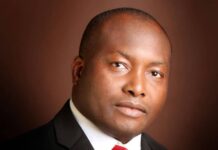 BREAKING NEWS: It’s Game Over For Sen Ifeanyi Ubah As Court Affirms His Sack From Senate