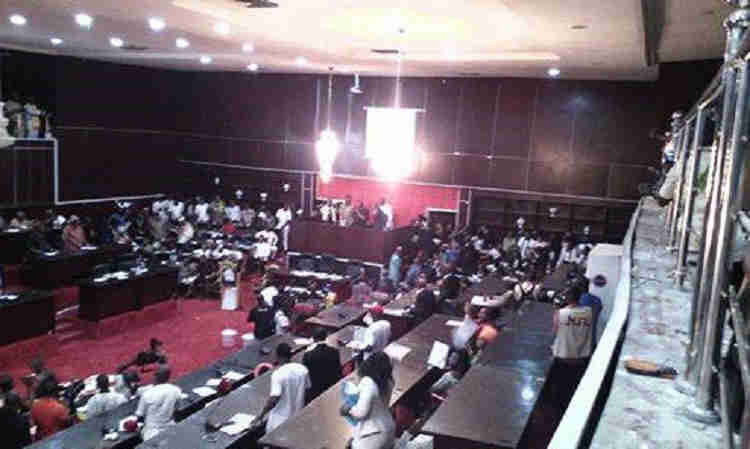 Council chairman and councilors in Imo state on Monday stormed the Imo state house of Assembly blocking the entrance of the assembly to protest the alleged plan by the law maker to terminate their tenure.

The chairmen and their supporters barricaded the assembly complex as early as 9am with a large crowd of supporters.

It took the intervention of police officers attached to the house of assembly to forestall law and order.

Speaking to news men, Godwin Nwankwo, leader of Okigwe Legislative Council said they had a hint that they lawmakers planned to carry out the action in plenary today.

He said “We heard rumours that the lawmakers want to repudiate the laws they made. They want to approbate and reprobate. This is a law that they made that local governments are to serve for three years. We are lawmakers and not lawbreakers. The way they are elected is the way we are elected. All elections are the same under the constitution. They have no power to dissolve us.

Speaker of the assembly, Chinedu Offor who neither denied nor confirmed their claims asked the chairmen how they got to know about the intention of the house.

“How did they know what we want to do? Are they spirits? He said.