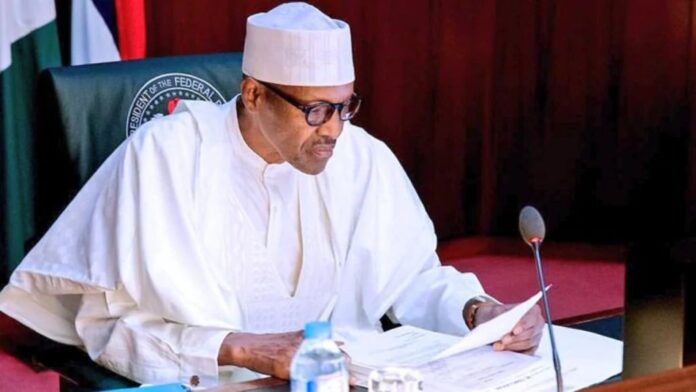 The biggest ‘achievement’ of the Buhari presidency is that it has successfully exposed Muhammadu Buhari as the biggest organized human scam in Nigerian history. This is in addition to shattering the Buhari myths beyond redemption.

If the Daura ex-soldier hadn’t succeeded in occupying Asorock in 2015, history would have suffered a most violent rape by being forced to live with lies that:

Buhari is an incorruptible man
He is a man of integrity
He is a fearless General who chased Chadian rebels into Cameroon
He is a reformed democrat
He would have been the best President Nigeria never had……..

Packaged and sold by soulless men and bought by low thinking chicken-brained citizens all in a desperate bid to satisfy Northern insatiable greed for political power.

Breeze don blow, fowl nyash don open. Everyone now know the man is nothing but an integrity-challenged morally bankrupt duplicitous character incapable of protecting even his own small Daura village even as the President and Commander-In-Chief.

But beyond proving the lanky ex soldier a human fraud, the current administration has also demonstrated the following facts beyond word:

(1) Most of the criticism against Jonathan presidency and desperation to replace him with Buhari had absolutely nothing to do with performance. The Critics clearly weren’t criticizing because they wanted good governance neither were they shouting SaiBaba because they genuinely believed Buhari would do better. Far from it. Those of them from the South were mostly driven by the self-imposed inferiority complex-induced desire to be seen as sophisticated and cosmopolitan enough to support a man from another region and religion against another who is from their own region and religion.

But for Jonathan’s Northern Critics, it was MOSTLY about returning power back to the North. Nothing more.

(2) The average Arewa Northerner cares more about having one of his own as President than he cares about National development, security, booming economy etc. Given an option of seeing Nigeria turn to Eldorado in the hands of a President from another region and religion or Nigeria becoming worse than it currently is under a man who shares his region and religion, a betting man will bet that an average Arewa Northerner will chose the latter without thinking twice. And as it happens, I am a betting man. Before you think to dispute this, please take a moment and imagine what the North would have done if their region is experiencing the current security issue under a President from the South?? Compare Northern reaction during Jonathan govt when we even had relative security there and their reaction now under their Buhari when the whole North including the village of the Commander-In-Chief has since become a killing field.

(3) The average southern politician has neither honor nor pride and certainly not shame. For them, political opportunism comes first but for their Northern counterparts, it is all about protecting their tribe and religion regardless of the political party they are in.

(4) The office of Nigerian President is too powerful such that the occupant is automatically conferred with the power of life and death over not just the citizens but the other arms of government. In the hand of a Tyrant as is the case now, the result could be disastrously catastrophic. Sadly, as it stands now, with a cowed Judiciary and a rubber stamp legislature to be headed by a Puppet, Senator Ahmed Lawan, the only thing that will stop Buhari from legally becoming a life President by amending the constitution is if he doesn’t want to.

(5)The Nigerian constitution is as powerless as a toothless bulldog. Rather than serve as a check against Dictatorship, it actually enables it. Very porous, weak and vulnerable. How can a Constitution place all the instrument of state violence and the power to appoint all the appointables in the hands of one man with absolutely no tangible restriction and expect that one man not to become a Dictator if he wishes to? What is stopping him? Has Buhari not convincingly proven this fact? Isn’t it the height of conscientious idiocy for anyone to think a federal system of government can be operated with a Unitary Constitution?? Federal with Unitary? How??

(6) Igbo and Yoruba are like two foolish dwarfs each competing to be taller than his dwarf brother instead of aiming to be the giant they were each created and imbibed with the wherewithal to be. 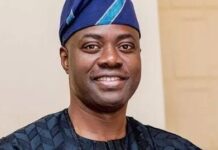 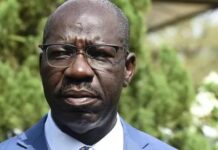