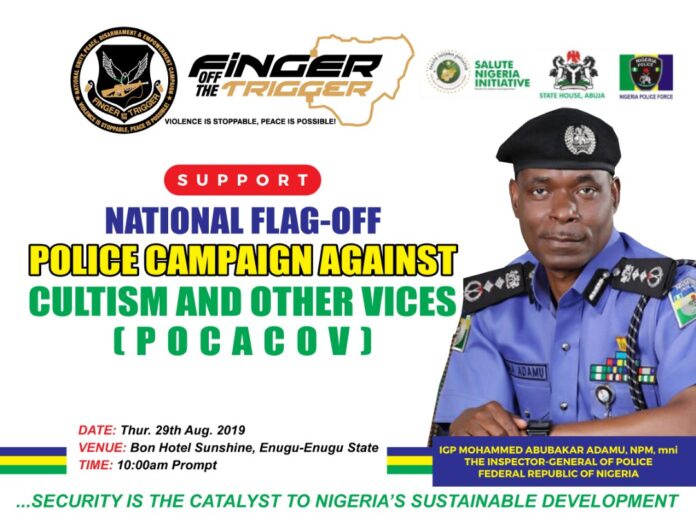 THE management and board of Nigeria’s third tier domestic football league, Nationwide League One (NLO) has commended the Inspector General Of Police, IGP Mohammed Abubakar Adamu for his ‘laudable initiative’ of the Police Campaign Against Cultism and Other Vices (POCACOV), which was recently flagged off in Enugu.

NLO also commended the IGP for appointing SP Ebere Amaraizu, who also doubles as the Director-in-charge of South East in the NLO Board, as the national coordinator of the programme.

“We deal with the youth and hereby felicitate with the Inspector General of Police on this laudable initiative that touches the youth and the society which is first of its kind and in line with the tenets of community-oriented policing.

“We are identifying with the Nigeria Police Force and this laudable IGP’s POCACOV initiative,” the League Board noted in a letter signed by NLO’s Chief Operating Officer, Olushola Ogunnowo in Abuja on Tuesday.

The letter captioned ‘Partnership With POCACOV’ with reference number NNWL/LGMT/03/111 further stated that, “The league is Nigeria’s Grassroots League and third cadre of the football league system in Nigeria with a total number of two hundred and eighty clubs and all the clubs are based and spread across the 36 states and FCT,” describing the league as an ecosystem with over 20,000 active youths and their club officials.

“The league hereby wish to join POCACOV in the Campaign Against Cultism and other Vices since the league deals with the YOUTH more than any other organization,” the letter concluded.