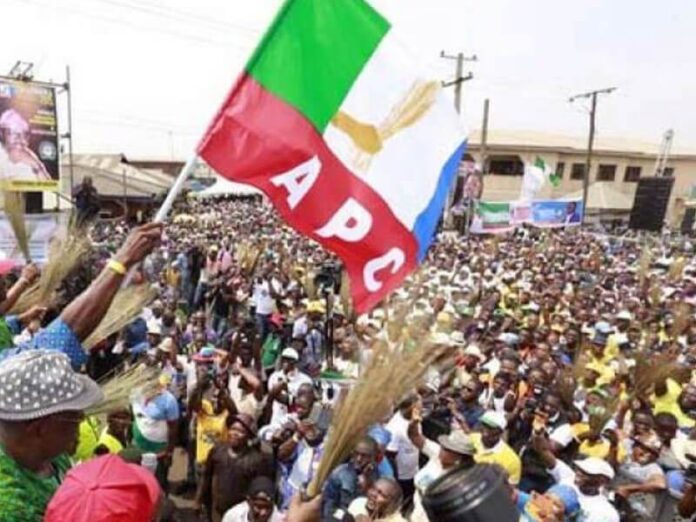 Despite the myriads of crises the party is contending with ahead of next month’s governorship elections in Kogi and Bayelsa states, the ruling All Progressives Congress (APC) has boasted it will emerge victorious in the two elections.

The loads of intra-party crises plaguing the party became more vivid when some organs came out recently to raise the alarm and call for reconciliation.

The Director General of the APC’s Progressives Governors’ Forum, Comrade Salihu Lukman, had in July raised the alarm over the dwindling fortunes of the party, tasking the national leadership to drive the healing process.

Also, recently, APC forum of state chairmen vowed a show down with the national leadership of the party over alleged neglect of loyal party members in terms reward with appointments.

However, its National Publicity Secretary, Mallam Lanre Issa-Onilu, said many of the issues were being handled.

He assured that the party is most confident of victory in the upcoming governorship elections, especially in Kogi State.

Addressing the issue of non-convening of the apex decision-making body of the party, the National Executive Council (NEC), Issa-Onilu said with the campaigns for and the general elections done with, the party should soon convene its NEC, which will address most of the decision issues bugging it down.

The NEC, constitutionally, should convene quarterly, however, the last meeting of the NEC was held in August 2018.

Most of the decision-making of the party had been done by its National Working Committee NWC), a situation that has not gone down well with many stakeholders.

Issa-Onilu explained: “You know we just had an election and during that period we were having meetings, even though not called NEC meetings, but almost all those people that are supposed to be in NEC were involved in several of those meetings, but there was no need as of that time to call a NEC meeting because of those activities.

“Now we don’t have any reason not to call it so we expect that anytime soon, there should be a NEC meeting. Any call for it at this time is legitimate and reasonable.”

On the allegation by the nNWC that the NWC was usurping the authorities of the NEC, the party spokesman said the position of the forum had been misunderstood, explaining “I don’t think that they meant that we have usurped, in that sense.

“By not having meetings, they may think since there’s no NEC meeting, whatever NEC ought to do is not being done, except they point to a particular action we have taken that was beyond our powers, otherwise what I understand them to mean is that since NEC has not held, whatever they are supposed to do cannot be done and NWC cannot take the position of the NEC. That’s what I understand from their communiqué.

“For the BoT, it is not the NEC that elects the BoT but I am also sure that anytime the NEC meets, issues like that will be addressed.

“Even for the filling of vacant offices, it is not the NWC that will fill those vacancies.

“They have been zones to geopolitical zones and they also have micro-zone to certain states so the procedure is supposed to be from there and we cannot speak for them.

“We hope that they are already taking actions, we hope we will know very soon.”

He assured that the party will do very well in the upcoming governorship elections in Bayelsa and Kogi, noting that the chances are better for the party in Kogi because of the works done by Governor Yahaya Bello.

He, however charged the stakeholders in Bayelsa to gird their loins for the party to have a brilliant outing in the state.

“I can comment more competently on Kogi because I understand what is going on in Kogi and I know that Kogi is stable for us.

“I have no problem with it, I know we are going to win by God’s grace and by works on ground, we are poised to win Kogi landslide.

“This is also because Governor Yahya Bello has done very well notwithstanding what you see in the media, the situation on ground in Kogi gives us confidence.

“For Bayelsa, if the stakeholders involved do the right thing, we don’t have any reason not to win Bayelsa.” 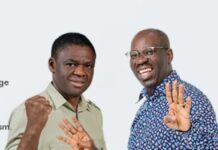