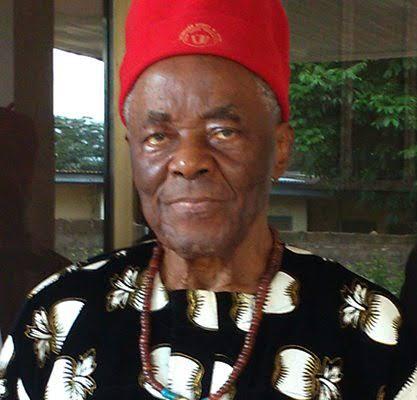 Justice Ozobu who died last Thursday at the age of 87, according to his family members, was a former Chief Judge of Enugu State.

In a statement on Monday by the Chairman of MOBIN, Emeka Emekesiri, the group applauded the great efforts and sacrifices of the deceased towards the pursuit for self-determination and Biafra independence, saying that he had laid a good foundation for others to follow.

Emekesiri noted that Ozobu was the only elder who “stuck out his neck” to sign relevant documents and participate in the legal battle for Biafra’s sovereignty when other elders in the land failed to present themselves.

Although he regretted Ozobu’s passing away but stated that “our hearts are full of joy for the role he played” in the cause of seeking for Biafra nationhood.

According to Emekesiri, “When we commenced the Struggle for Self-determination of Indigenous People of Biafra by legal methodology in 2012, most of the Elders of Biafraland ran away in fear but Eze Ozobu stuck out his neck and signed the Legal Instrument we prepared for the Elders to sign. He convinced other Elders to sign with him and the matter was duly constituted in the Federal High Court of Nigeria, Owerri Judicial Division. In 2013, he appeared in the Federal High Court and addressed the Judge in person.

“I would like to reproduce his statements as contained in Paragraph 14 of the Affidavit of the Plaintiffs as follows:

“The leaders of Biafra declared Independence for Biafra because of the massacre and ethnic cleansing of the Ibos and all Easterners living in the North and in the West in 1966 orchestrated by the Federal Government of Nigeria in which the peoples of the North and the West threw the Ibos out of their regions. When the war began, some people from the present South-South region renounced their Biafran identity and took sides with the North and West so that only the Ibos were targeted for annihilation.

“We fought the war as Biafrans. Though Nigeria did not recognise our country, five sovereign nations recognised the Republic of Biafra, namely: Tanzania, Haiti, Gabon, Ivory Coast and Zambia.

“Instead of admitting Biafra as a member of the United Nations having been recognised by five sovereign nations, the world powers of Great Britain and Russia with their allied forces including Egypt, Arab nations and all Moslem countries helped Nigeria to defeat Biafra and forced us to become Nigerians contrary to our will which victory Nigeria got by bombing and shooting our civilians, killing the Biafrans who surrendered and using starvation as a weapon of warfare against the civilian population of Biafra contrary to the laws of war.

“As Nigeria violated the laws of war and sought to annihilate the Biafrans from the face of the earth in the same way as Rome annihilated Carthage, the leaders of Biafra decided to surrender our sovereignty but not our identity as a people in order to save the children and our race from annihilation so that we could live and fight again in a better and lawful way for our national liberation.

“Since after the war with Nigeria, the elders and traditional rulers of the remnants of the Biafrans have continued to provide the people with leadership and governance under our native law and custom which resulted in a community-based governance of Indigenous People of Biafra under Customary Law.

“The community-based governance of Indigenous People of Biafra under Customary Law has helped to maintain our identity as a people though we lost our sovereignty which we now seek to regain by legal method.

“Our Chairman, The Honourable Justice Eze Ozobu, and the leaders who constituted the Supreme Council of Elders of Indigenous People of Biafra, understood the vision of self-determination by legal methodology consisting of the judicial, political and diplomatic processes. He was the person who authorised and signed the letters we delivered to the Governments of various countries including the AustralianGovernment which was the first country to invite us for a diplomatic discussion on the Biafra case. The Biafran Struggle attracted many intellectuals under him and was respected by the Governments of various countries including the Nigerian Government until somebody we put in the Media Department destroyed the legitimate struggle by Radio Propaganda with threats, insults and abuses.

“Nevertheless, our pioneer Chairman of the Supreme Council of Elders of Indigenous People of Biafra has laid a good foundation for us to build upon.

“The Biafrans were not annihilated by Nigeria in the first war and we shall not give them the opportunity to annihilate us. We are the remnants of Biafraland that were not consumed in the war, and not assimilated by other nations. This is why we are called Indigenous People of Biafra, not a limited liability company registered in England but a people living in our ancestral homeland.

“We are Biafrans in Nigeria. This is why our political movement is called Movement of Biafrans in Nigeria (MOBIN). We cannot forget Biafra. The better and lawful way to fight for our freedom as prescribed by Justice Eze Ozobu is by due process using the judicial, political and diplomatic strategies. This is why we participate and engage in the Nigerian politics. We are building and creating Biafran politicians to take over power in Biafraland.

“We call upon all the Biafran activists to join us in this pathway approved by Honourable Justice Eze Ozobu.”